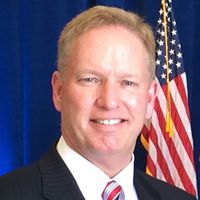 2016 election: Republicans win a majority in both houses of the state; Stumbo loses; a participation rate of nearly 60%

The big news for the 2016 election is that Republicans now have a majority in the Kentucky House of Representatives and Senate.

The other big news is that the turnout was almost 60%.

Longtime powerhouse rep Greg Stumbo, Democratic Speaker of the House, lost his race to newcomer Larry Brown. Stumbo had served in the House for over 30 years. Democrats have held a majority in the House since 1921.

A number of key Democrats in eastern Kentucky have fallen to their Republican opponents.

In the race for the US Senate, outgoing Republican Rand Paul (57%) won hands down over his Democratic challenger, Lexington Mayor Jim Gray (42%).

â€œTonight is a big night for the Commonwealth of Kentucky,â€ said US Senator Mitch McConnell. â€œI want to congratulate my friend and colleague in the Senate, Rand Paul, on his resounding victory. I congratulate all of my fellow Republicans in Congress on their victories across the state, and I am happy to welcome Jamie Comer, the new member of the Kentucky Congressional delegation. In a special way, I want to thank our many talented Republican candidates for the Kentucky State House and Senate.

â€œUntil tonight, Kentucky was the last Southern state with at least one Democratic-controlled legislative chamber. Not anymore. By winning the State House and retaining the State Senate, a Republican State Legislature can work with Governor Bevin to truly move our state forward and pass many long-needed common sense reforms that will greatly benefit. to all Kentuckians. It’s a historic victory that will soon be felt throughout the Bluegrass state. “