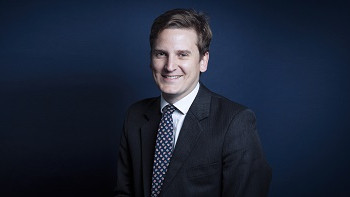 Exchange Chambers continued its rapid expansion with the arrival of a new member in Liverpool.

Richard McLean, who was called to the Bar in 2011, joins Exchange from 1 Chancery Lane, London. He specializes in labor law and bodily injury.

Exchange Chambers is a full service law firm based in Liverpool, Manchester and Leeds.

McLean acts for a wide range of clients, including businesses, individuals, unions and public sector organizations. He frequently acts for plaintiffs and defendants in multi-day cases before the Employment Tribunal / EAT, and cases across express and multiple lanes.

Prior to working at the independent bar, McLean worked for the Government Legal Department and the UK Treasury. He also worked for a Texas law firm representing death row inmates.

He devoted some of his time to volunteer work through the Free Representation Unit, the Law Society’s Volunteer Charitable Advocate, and Sports Resolutions. Previously he was also chairman of a charity providing support to asylum seekers in South London.

Richard McLean said: â€œI am delighted to join Exchange Chambers, with its dominant position in the north of England and its reputation for excellence nationwide. strength in my areas of practice.

â€œHis arrival continues the trend for practitioners to move from London to Chambers. We wish him a long and successful career at Exchange.

In Pictures: How the streets around Dunfermline’s City Chambers evolved into what they look like today