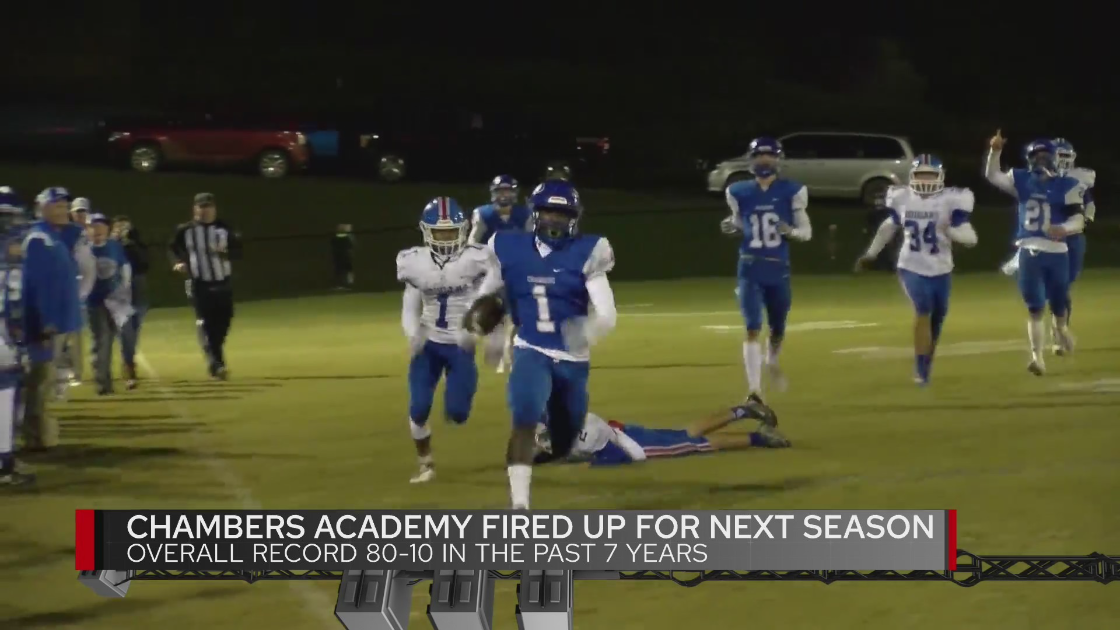 Opelika, Al (WRBL) – The Chambers Academy Rebels football team ended last season in an odd place by their standards. Chambers Academy was not in the AISA State Championship game for the first time in 7 years. The rebels built their reputation on victory. Over the past 7 years, Jason Allen’s team has put together an 80-10 overall record.

Last season, Chambers Academy narrowly missed out on the AISA Championship game when they lost 37-13 to Escambia Academy in the semi-finals. Over 200 days have passed since that defeat, but there is still a big chip on the shoulders of the rebels.

“I definitely feel a chip on my shoulder about this, you know. You play for the state championship year after year. And then you get to the semi-final game and you blow yourself up like that. You’re going to have a chip on your shoulder,” halfback and linebacker Gavin Kite said.

The Rebels have lost a lot of experience compared to last year’s squad, with more than 15 graduating seniors. There are doubts what the Rebels can do this season, but head coach Allen says it’s adding fuel to the fire.

“Yeah, we’ll just ask Auburn University, they were picked 7th in the West, so good as a football coach, that would excite me. Winning becomes a habit, just like losing I guess, or anything else in life. So you know we’re disappointed. It leaves a bitter taste in your mouth when you don’t accomplish what you think you should have accomplished,” Allen said.

Chambers Academy will open its season against Lee-Scott Academy on August 18.