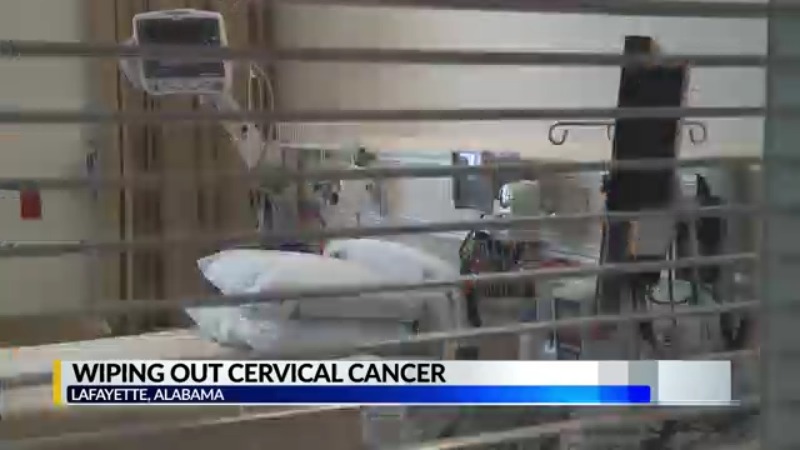 The American Cancer Society estimates that approximately 14,000 new cases of invasive cervical cancer will be diagnosed this year. More than 4,000 women will die of a disease that is almost 100% preventable thanks to vaccines and screenings.

Dr. Heather White is Executive Director of Together for Health, a global non-profit organization dedicated to eradicating cervical cancer. Dr. White is concerned about Chambers County and is part of a large team of healthcare professionals and volunteers trying to help the community through Operation Wipeout, a free healthcare initiative providing vital options for families.

“Chambers County has the dubious distinction of having among the highest rates, particularly cervical cancer death rates in Alabama, and Alabama as a state has the of the cervix the highest in the country. So we really see an opportunity in Chambers County to directly address this issue,” Dr. White said.

Dr. Isabel Scarinci is the UAB Vice Chair for Global and Rural Health in the Department of Obstetrics and Gynecology. She is proud that UAB helped develop the HPV (human papillomavirus) vaccine and is dedicated to ensuring that all Alabama women, and their children, have access to lifesaving preventative care. .

“We want Chambers County to be just the start of our goal of Alabama being the first state in the nation to eliminate cervical cancer as a public health problem,” said Dr. Scarinci.

“Often, access to health care can be a challenge. We have partnered with the Alabama Department of Public Health to block appointments, approximately 200 appointments, so we are excited to screen and then vaccination of their children, boys and girls,” said Dr Scarinci.

Those who qualify will have the opportunity to schedule a cervical cancer screening and HPV vaccination appointment for their children. Cervical cancer affects women from their thirties. Men are also affected, as HPV-related cancers in men include cancer of the head, neck, anus, and penis.

The vaccine is the best way to prevent cervical cancer and other HPV-related cancers. The vaccine is best used in children, boys and girls, before exposure to the virus. Talk to your doctor. An estimated 80 million people in the United States have already been vaccinated.