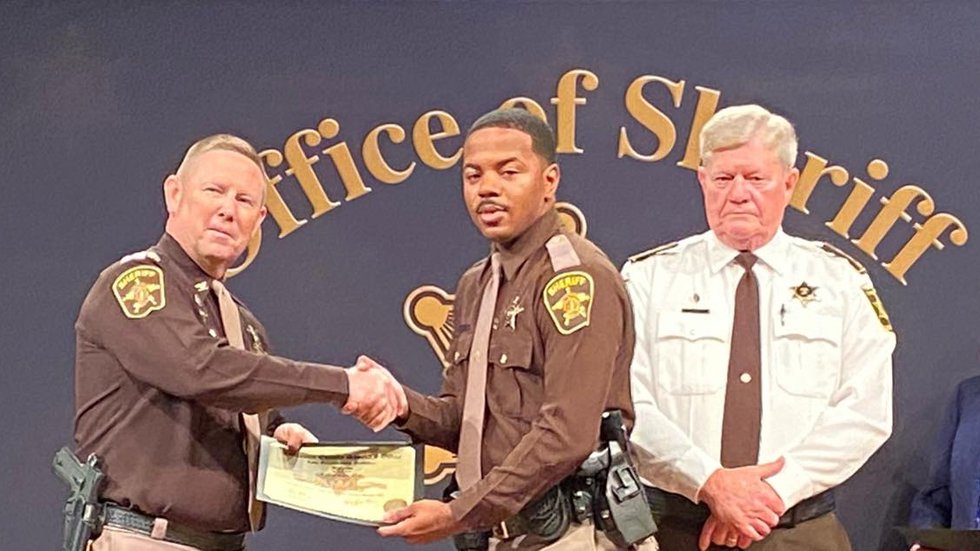 According to ALEA, 24-year-old Deputy Sheriff J’Mar Colin Abel was assisting in the pursuit of a suspect from a neighboring county when he lost control of the patrol car.

The 2017 Ford Explorer hit a ditch and rolled over.

Abel was transported to Wellstar West Georgia Medical Center in LaGrange, Georgia, where he later succumbed to his injuries.

“Deputy Sheriff Abel, 24, a two-year veteran of the Chambers County Sheriff’s Office, was marking his second anniversary with the Sheriff’s Office the day he lost his life.” Marshall’s statement went on to say, “Deputy Sheriff Abel is the seventh Alabama law enforcement officer to die in the line of duty this year, giving everything to fulfill his oath to protect and serve the public. His loss reminds us of the sacrifice our law enforcement heroes make for us every day. We will never be able to reimburse them.

“On behalf of the Alabama Law Enforcement Agency, I would like to extend my deepest condolences to the family and friends of Chambers County Sheriff’s Deputy Jmar Abel. The loss of Deputy Abel is an indescribable tragedy for Chambers County Sheriff’s Office, his local community, and the State of Alabama. We join the rest of the law enforcement community in mourning the loss of this truly professional and dedicated public servant.”

The MP is survived by his fiancée Jasmine Gaddist and his father Martin Abel.