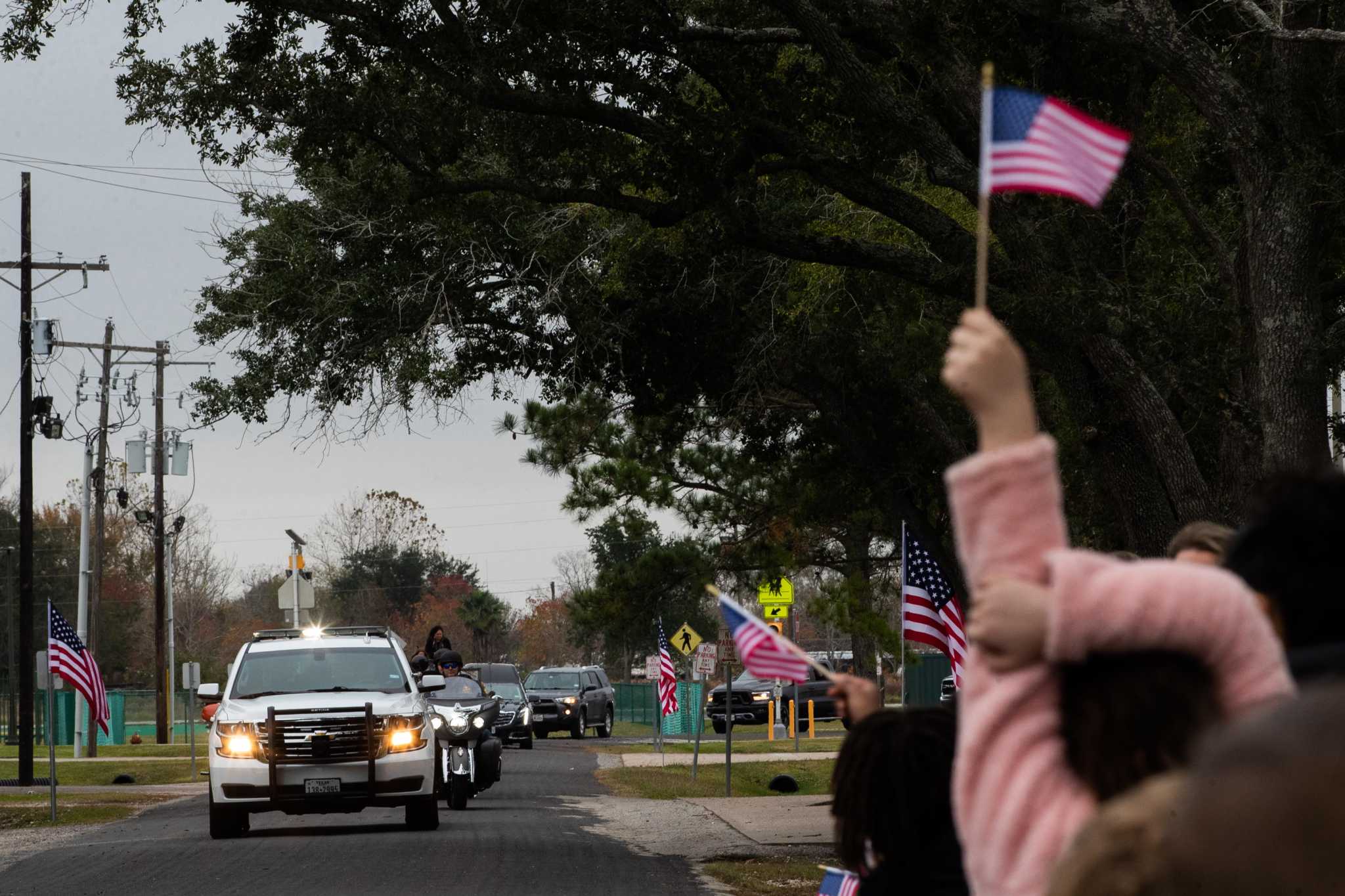 WINNIE – In 2015, the Department of Defense contacted Neica Bertrand to ask if she wanted to bring her uncle home. Bertrand’s uncle, Seaman Charles Louis “Sonny Boy” Saunders, died at age 18 in the 1941 attack on the US Naval Base Pearl Harbor. His relatives had prepared a tombstone and had been waiting to bury it ever since.

His remains had not been identified.

Bertrand, 69, of Winnie, told military officials she needed to discuss it with her remaining brother or sister. Her aunt, Anna Belle Saunders VonFeldt, told her: â€œOh, most definitely we have to,â€ Bertrand said.

Anna Belle died in the early ’90s before she could see that wish come true, but on Tuesday – 80 years after the day that plunged the United States into World War II and left more than 2,400 Americans dead – Sonny Boy is come home. Advanced forensic analyzes have enabled those close to Saunders and other families whose loved ones have recently been identified to bring solemn finality to their losses.

On a cool morning in Winnie, schoolchildren and adults of all ages lined the streets, holding American flags fluttering in the wind, as a procession passed through this humble town in east Texas to Saunders’ grave in Fairview Cemetery. Onlookers were mostly silent as they stood along the road in remembrance of the deceased hero, who posthumously won several military honors, including a Purple Heart, according to an obituary.

â€œIt gives me so much peaceâ€¦ because I know how badly they wanted him to be brought back,â€ said Bertrand, standing in front of a community tribute that followed a private funeral. She said her Aunt Anna Belle would be “so, so happy” if that day had finally arrived.

The late sailor also had a degree from East Chambers High School issued to his name, a family member said.

Saunders – whose family home was near Stowell – was a 17-year-old when he left high school to serve, according to Karen Dooley, Saunders’ youngest niece. He was one of eight children of Mortimer Alvin and Melina Falke Saunders. One of his siblings died in infancy.

Saunders was a crew member of the USS Oklahoma when Japanese planes attacked the battleship and the ship struck it with torpedoes, according to a Defense POW / MIA Accounting Agency report. The remains of unidentified crew members were buried in Halawa and Nu’uanu cemeteries in Hawaii in the 1940s. Shortly after, the military transferred the remains of unknown crew members to the Central Laboratory of ‘Identification of the Schofield Barracks in Hawaii, according to the DPMAA press release.

After this transfer, the identity of 35 crew members was confirmed using scientific techniques available at the time. The rest of the remains were buried at the “Punchbowl”, a nickname for the National Memorial Cemetery of the Pacific.

The remains of unidentified crew members were exhumed again in 2015, and the government contacted relatives to see if they wanted to try and match their DNA to loved ones who died in Pearl Harbor.

Anna Belle, the younger sister of the late sailor, helped ensure that the DNA of her family members was sent to the military. Dooley, her niece, said Anna Belle reminded her loved ones on her deathbed that they shouldn’t forget to bring Sonny Boy home. After his death, his niece Bertrand and others took over the project.

The agency said a rosette would soon be placed next to the name of the late sailor on the walls of the missing at the Punchbowl to indicate Saunders has been identified.

Saunders’ remains arrived at George Bush Intercontinental Airport last week. They were transported to the Broussard mortuary in Winnie. And Tuesday morning – with a uniform in his coffin that was a replica of the one he would have worn – Saunders was buried once and for all.

Linda Saunders’ father, seventy, was an older cousin of Sonny Boy who had joined the US Navy before the late sailor. She said it was deeply meaningful to the family that her late cousin returned to the community that raised him.

â€œHe wanted to go back to Texas,â€ said Linda Saunders.

Saunders’ remains now lie in the cemetery near family members who died years ago, near his mother and father – finally at home.