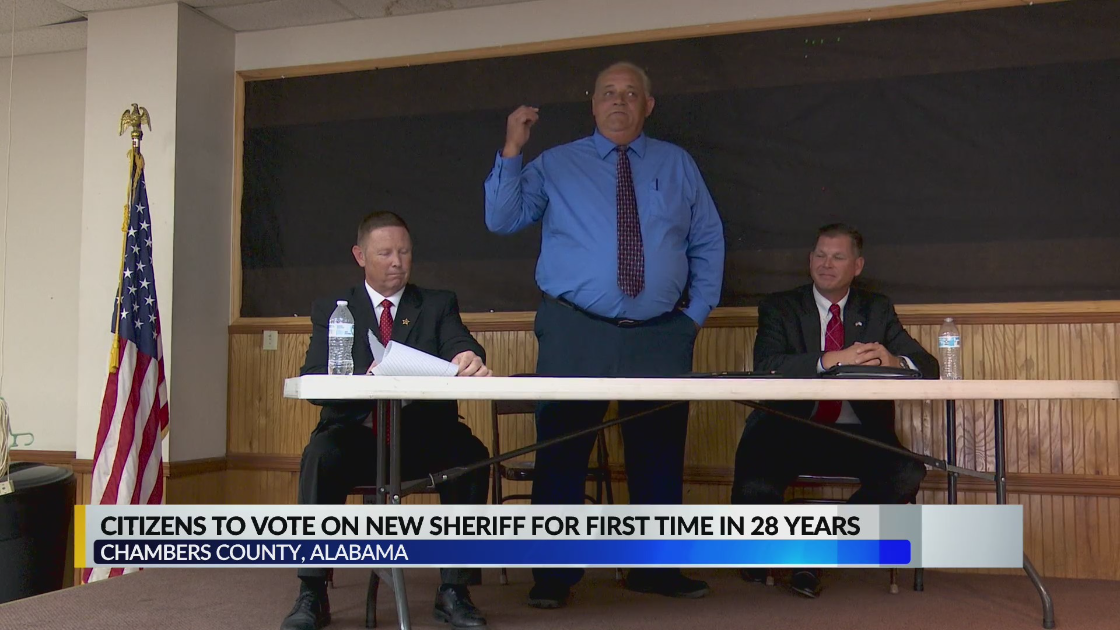 CHAMBERS COUNTY, Alabama (WRBL) – With election season upon us, the sheriff’s nominees addressed the citizens of Chambers County tonight in a public forum.

The candidates drew on their experience and agreed that the most important tool for any MP is their brain.

A common concern between each candidate was the number of deputies in the force. Ministries across the country are struggling to meet the quotas.

Retired State Trooper Jeff Nelson encourages voters to do their homework and check out the department’s audit.
Deputy Leader Richard Carter invites voters to come and sit with him.

Carter says the department has nothing to hide and is proud of the work it has done.

When asked by News 3 why they were the most qualified candidate for sheriff, here’s what the two Republican candidates had to say.

“We’ve been driving on the same road for just 30 years. He knows what it takes to take care of his county. Well. I’m not trying to reinvent the wheel, but I want to realign it. I think there are some things we can focus on, like training deputies and getting those deputies back into the community and more frequent patrols in the community. And just go back to basics. Law enforcement,” Nelson said.

“I’m the most qualified I have. I was 32 years in law enforcement. I’ve been deputy head for 13 years now. 28 of my 32 years were spent in a supervisory or managerial position. I know this agency inside and out,” Carter said.

The only Democratic candidate in the race is Jeff Blackstone.