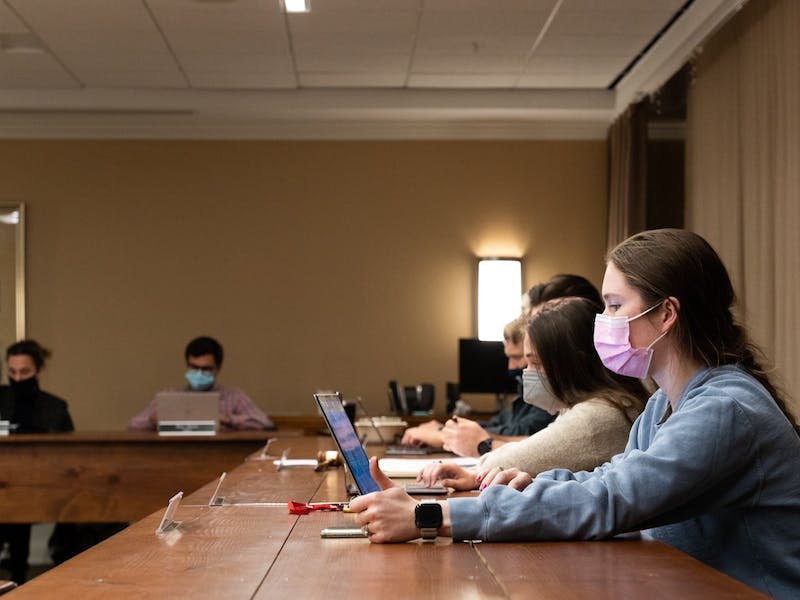 CHAMBERS: Demand more from your honor committee – The Cavalier Daily

When I presented myself to the presidency of the committee of honor, I campaigned on the introduction of a radical constitutional reform that would create a multi-sanctions system. Unfortunately, the referendum on your ballot this year maintains a single sanction while destroying the philosophical core of the system. A “yes” vote says two things – that a student who re-engages in the community of trust deserves the same punishment as someone who denied their actions in the face of forgiveness, and that we students no longer believe that It is so serious to lie, cheat or steal.

Honor handles cases of lying, cheating, and theft, but the significance of each case varies. In the minds of many students, lying in a Title IX hearing would justify removal from this community. Conversely, carrying a friend’s iClicker into a classroom – so they can return home to visit a sick family member – hardly justifies its removal if the student is looking to re-engage in the trusted community. Therein lies the usefulness of a multi-sanction system — flexibility and rehabilitation. The honor system shares expulsion as a sanction with all other judicial bodies of the University – both UJC and Title IX can expel. Our problems have never been based on the severity of our sanction, but on its universality.

For this reason, several members of the honor committee brought several sanctions proposals to the Committee. As we debated, however, a strange argument emerged. Instead of criticizing the merits of the ideas, opponents claimed that these changes were too complicated for students to understand. They lamented these ideas and others for having “imprecise basic questionswhich would confuse the electorate. Rather than address the complex nature of justice, they chose a proposal that maintains a single sanction. I only hope the students could understand a longer outline than a one-line change. I encourage you, the students, to reflect on the motivations behind a plan born out of their perception of your lack of intellect.

By failing to create a multi-sanction system that could provide a personalized approach to cases, the current proposal only exaggerates the inequalities present. Class is a pervasive factor at the University. This proposal exaggerates this disparity in a way that the current system does not. As part of the ballot referendum, a first-generation, low-income college student like me would go home to mow the grass for a year if I was found guilty of an honor killing. Affluent students, by comparison, could live in Paris while enjoying a gap year. Rather, under the current sanction, students only risk expulsion when they violate the honor code, deny that violation, and are found guilty by a panel of their peers. In this case, the administration helps to transfer the student to another university with comparable financial aid and reputation. An honor Violation does not carry a scarlet letter. The administration has reaffirmed that it is ready to help students pursue their studies elsewhere. The process is the same for any student found guilty. Unless administering any sanction, this process is closest to a fair sanction.

Referendum supporters fear the system will be “tainted by racism.” In data sets before 2017, black students were about 2% higher than their composition of the university population. This represents on average approximately a additional cases per year in this dataset. As of 2018, black students included 6.6 percent of honor reports, which almost exactly matches their composition of the university population. The honor committee does not monitor the student body, and that prior 2% discrepancy was entirely up to who showed up to our system. The same goes for Asian students who are the only other overrepresented group in the reports. These statistics become more limited when one realizes that 60 cases in a given year represent approximately 0.2% of the student body. It doesn’t take a statistician to realize the problems of small sample sizes. Moreover, the overrepresentation of Asian students becomes even more complicated when looking at their proportion of declared international students. Since 2017, international students have made up 7% of reports against 9.5% of the student body. Among those reported, a large majority identify as Asian. These statistics that claim bias come from a molecular sample size and do not take into account overlapping demographic data that could alter the conclusions of these data. Beyond reports, even reviews admit that our honor system shows no indication of disproportionate punishment. Proponents of this plan provide you with hollow statistics to entice you to vote for a referendum devoid of philosophy – don’t let them fool you.

Proponents of informed retraction in 2013 argued that professors would pay more with the expulsion removed for those who admitted their mistakes. The data showed just the opposite. Reports remained virtually the same, with a slight drop in cases over the following years years. Every data point we have suggests it would do the same thing. Last year, the Committee received 29 reports – less than half the number we have received on average over the past twenty years. At the time of this writing, we haven’t received any in 2022. In my conversations with the professors, they speak out about how they are treated in the process, how long it takes, and how the system artificially benefits the student. reported student. I never once heard why they didn’t report themselves in the severity of the penalty. Punishment doesn’t matter when we don’t have a case, and the professors distribute “justice” as they see fit.

This change is half-baked and only feeds on widespread ignorance of the honor system. The architects of this proposal have given you piecemeal changes rife with buzzwords and misinformation designed to fool you – the voter. This change will not improve your honor system. Demand something more from your committee – vote ‘no’ and vote for representatives who will bring meaningful change to you next year.

Andy Chambers is a fourth year at the College and Chairman of the Honors Committee. He can be reached at [email protected]

Cleanroom Pass Through Chambers Market 2021 Size Data is separately updated with the impact of key national and market players, upcoming growth, industry outlook and forecast to 2028