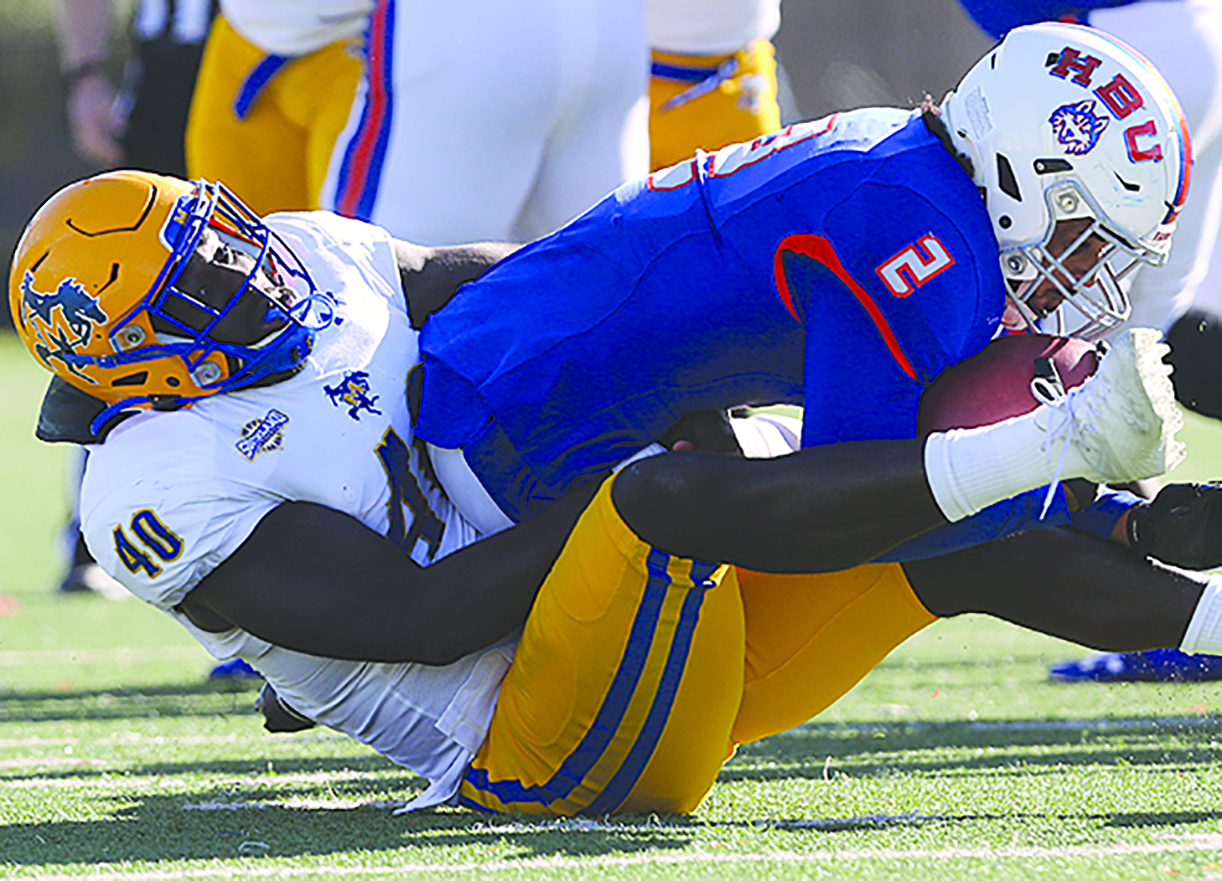 McNeese State defensive end Isaiah Chambers has been named to the All-America Team in the Associated Press Football Championship Subdivision. Chambers led the Southland Conference in sacks with 101/2. He has recorded 18 sacks in 18 career games. (Leighton Chamblee / Special for the American press)

While here for a brief time, Isaiah Chambers left a lasting impression on Lake Charles.

Two weeks ago, he became the eighth player in Southland Conference history to be named the league’s Defensive Player of the Year for the second time.

“I just want to go out there and do my best all the time,” Chambers said during the season. “The honors are great and I want to finish as one of the best in the country.”

“Isaiah came to work every day, regardless of the situation,” McNeese defensive coordinator Deron Wilson said. “He was one of the hardest working players in the team and he led by example. He shows up with the awards.

He is the first McNeese player to earn first-team AP All-America honors since running back Toddrick Pendland in 2008 and 2009 and the sixth multi-year player in school history. A consensus All-American in 2020 and America’s first-team preseason this fall, he recently finished seventh in voting for the Buck Buchanan Award as the nation’s top FCS defensive player.

Chambers led Southland with 10.5 sacks and 15.5 total tackles for loss this season. He led the league in the same categories in the shortened spring campaign.

Chambers pulled off a rare trick at McNeese, finishing with 18 sacks in 18 games.

“I was going,” Chambers said after getting a sack in the season finale. “I would have liked more.”

Chambers is the second McNeese player to win Southland’s Best Defensive Award twice, joining Terry Irving in 1992 and 1993. He also gave the Cowboys four consecutive SLC Defensive Players of the Year, following BJ Blunt in 2018 and Chris Livings in 2019.