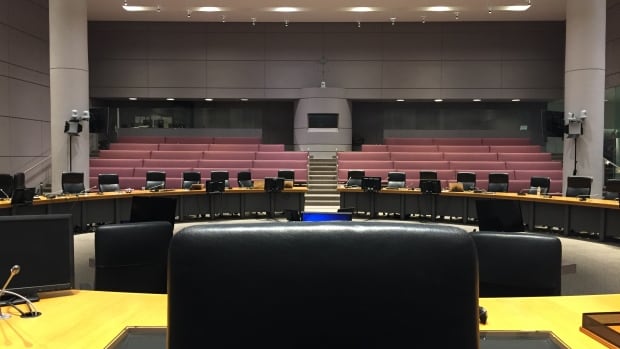 Earlier this week, Cumberland County. Catherine Kitts sat in her designated seat in the council chamber horseshoe for the first time.

Which, as Kitts said, is “pretty wild” considering she was sent to the board in a by-election nearly 18 months ago.

Two years ago, Ottawa City Council met for the first time in its history exclusively online. It ends Wednesday when most advisers are expected to return to Andrew S. Haydon Hall – although there is an option for those who wish to continue participating virtually.

Kitts had only been officially in the council chamber once, when she was sworn in after her October 2020 victory.

This week, she took advantage of the Clerk’s Office offer to help councilors jog their memories on council chamber technology. Kitts never used the laptop or turned on the microphone in his place at the table.

In fact, there are still a few of her colleagues and senior executives that she hasn’t met in person.

“There’s a key element to the role that I’ve never had a chance to experience,” Kitts told CBC.

The last IRL day on the board was a doozy

If there was ever a day to invite councilors to face-to-face meetings for two years, this was the day.

More than 12 hours of meetings included two separate finance and economic development committee meetings, sandwiched around a special board meeting to deal with legal issues on – what else? — the troubled Confederation Line.

After meeting behind closed doors for three hours, council voted unanimously and quickly to declare Rideau Transit Group in default of its contract with the city (for the first time).

WATCH | The last meeting of the council will take place at the town hall:

At the last council meeting held at City Hall, council issued its first Notice of Default to the Rideau Transit Group.

City Manager Steve Kanellakos and Mayor Jim Watson say the notice of default is the first step in the process of terminating the contract with RTG, the consortium responsible for maintaining the ailing Confederation Line. 1:09

Towards the end of the night, councilors discovered that Mayor Jim Watson was the only member of city council who knew that SNC-Lavalin had failed to meet the minimum score before voting for the contract. Some members weren’t too happy.

By the time the next council meeting was called two weeks later, the world had gone virtual – including Ottawa City Hall – and the mayor declared a municipal state of emergency due to the COVID-19 outbreak.

The board has changed – and so have other workplaces

On Wednesday, in line with increasingly relaxed pandemic measures, the board returns to its home on Laurier Avenue West. Like most workplaces, it has changed.

A hybrid model means that the board meeting will take place in person, but also virtually. So far, four advisers – Rick Chiarelli, Jan Harder, Matthew Luloff and Scott Moffatt – have announced they will participate via Zoom.

To welcome online attendees, all council members will need to follow online and use the “raise hands” option on Zoom to ask a question, whether in the room or not.

If you’re in the council chamber – which, for now, is limited to councillors, staff and media – you’ll be able to see who’s speaking projected onto the screen behind the mayor’s dais.

Since the public viewing gallery is closed until at least the end of April, the reunion will be streamed in the Jean Pigott room for anyone who wants to catch it almost IRL.

Committee meetings will still be virtual only. Even when they start meeting in person again, they feel they should incorporate ways for the public to participate online.

Stittsville County Glen Gower is co-chair of the planning committee and has witnessed the increased engagement of residents across the city in issues such as the city limits and the official plan.

Instead of having to bus across town to come to a meeting or taking an entire day off, online committee meetings allowed more people to have their say, according to Gower.

“There were a lot of obstacles for people to come out and speak in front of the committee,” he said. “I expressed my wish that we have an online way to participate in the committees.”

But he is quick to add, “I’ve had enough of these Zoom board meetings.”

Even before she was elected, she saw the temperature rise at council meetings. After they went virtual, it seemed to get worse.

She hopes that meeting in person will allow the board to work together under less tension during these final months of the term.

“I can imagine there is an element of face-to-face work that I miss.”