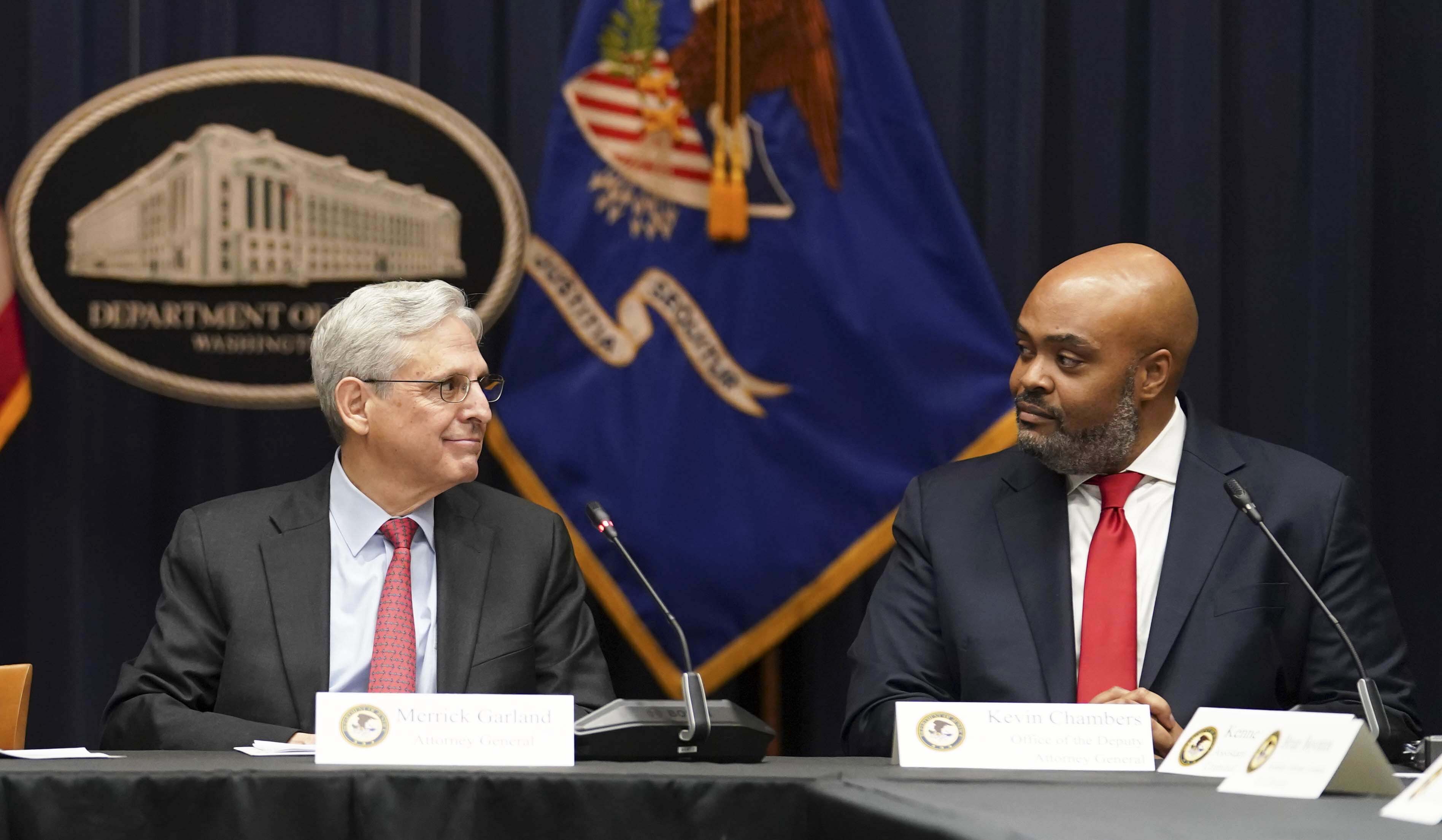 As President Biden promised in his State of the Union address, the Justice Department has appointed a prosecutor for pandemic fraud.
The DOJ on Thursday appointed Assistant Deputy Attorney General Kevin Chambers as Director of COVID-19 Fraud Enforcement.

Chambers will lead Justice Department efforts that to date have resulted in criminal charges against more than 1,000 defendants with alleged losses exceeding $1.1 billion; the seizure of more than $1 billion in proceeds from economic disaster loans; and more than 240 civil investigations of more than 1,800 individuals and entities for alleged wrongdoing in connection with pandemic relief loans totaling more than $6 billion, the DOJ said.

The DOJ receives an extraordinary amount of data from state labor agencies that is essential for identifying and prosecuting certain types of fraud, including unemployment insurance fraud, Chambers said.

He plans to focus on large-scale criminal enterprises and foreign actors who sought to profit at the expense of the American people. This will include the creation of strike teams.

“Our strike teams will augment existing departmental efforts and include analysts and data scientists to review data, officers to investigate cases, and prosecutors and attorneys to bring charges and adjudicate cases,” said he declared.

“The Department of Justice remains committed to using all available federal tools — including criminal, civil, and administrative actions — to combat and prevent fraud related to COVID-19,” Attorney General Merrick B. Garland said. “We will continue to hold accountable those who seek to exploit the pandemic for personal gain, protect vulnerable populations, and uphold the integrity of taxpayer-funded programs.”

In May 2021, the Attorney General established the COVID-19 Fraud Enforcement Task Force to mobilize Department of Justice resources in partnership with agencies across government to intensify enforcement efforts. and prevention of pandemic-related fraud.

Among the department’s efforts, the PPP and EIDL fraud cases have been the most prominent. About 500 defendants have been charged in more than 340 cases with alleged losses of more than $700 million.

The department seized more than $1 billion of EIDL loan proceeds.

Since the start of the pandemic, more than 430 defendants have been charged and arrested for federal offenses related to unemployment insurance fraud.