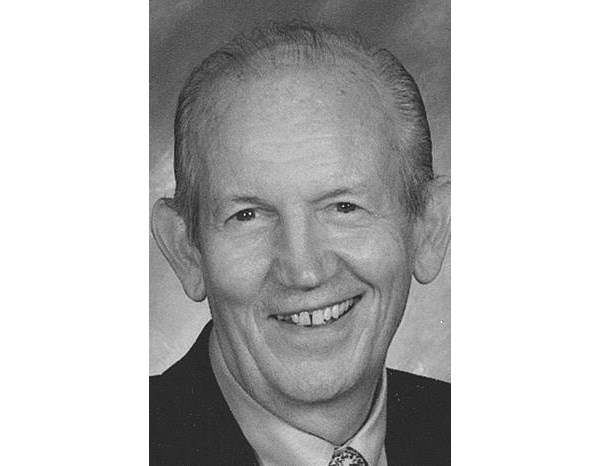 Donald Richard Chambers, 87, passed away peacefully on November 9, 2021 at his home in Midland, Texas, surrounded by his family. He was a devoted husband, father, grandfather, great-grandfather, brother, son and friend, who was loved at all times, even during his battle with cancer. Don was born on June 13, 1934 in Liverpool, England, to parents Charles and Caroline Chambers. He graduated from Liverpool College of Technology with a degree in Mechanical and Electrical Engineering in July 1954. After graduation he proudly served England during his two-year national service in the Royal Air Force ( RAF). Don then worked his first job as an engineer on the construction of the Pfizer factory in Sandwich, England, where he met his lovely wife, Pat. They were married on April 13, 1957 in Walmer, England. Don and Pat had adventurous lives, living and working abroad in many countries including Iran, Kuwait, Saudi Arabia, Lebanon, Yemen and Abu Dhabi before settling in the United States. United. Don loved his job as an engineer and construction manager and proudly worked on many projects including King Fahd University of Petroleum and Minerals (Saudi Arabia), United States Embassy (Yemen) and the super superconducting collider near Waxahachie (Texas). Don and Pat raised their three children, Jill, Laurie and Michael while working in England and the Middle East. Don’s unconditional love for his family was evident throughout his life as he lived to provide support, guidance and be an example to his daughter, sons and grandchildren. Don and Pat retired to the United States and moved to Midland, Texas in 2008. They quickly found Midland to be their new home where they could spend time with their family and grandchildren. He was active in his community and was a member of the First Christian Church. Don’s servant heart shone every day as he participated in his family’s activities and volunteered in Midland with Friends of Libraries and Literacy, City of Midland Aquatic Center, and Breaking Bread Kitchen. Don loved to escape the desert heat and enjoyed spending a few months each year in Galveston and Colorado with his wife, Pat. He pursued his hobbies of marquetry, photography, drawing and reading as passionately as his work. He remained very active and in good shape as he often enjoyed skiing, tennis, running and playing football (soccer), especially with his family. As a big fan of his hometown of Liverpool Football Club, he has followed every game, even in his last days. Don was known as a hard worker, intelligent, and lifelong learner. He had a gentle mind and a curious mind. He lived life in a dignified manner. When diagnosed with cancer just a few months ago, he remained devoted to his family. He was a brave, iron-willed gentleman, even throughout his last days. Don’s courage throughout his life and especially during his battle with cancer has been a testament to his unwavering faith in the Lord. By the grace of God, we see Don’s strong character traits embodied in all of his children and grandchildren. Don will be missed by all but will live on through the lives of those who knew him. Don is survived by his wife of 64 years, Pat Chambers; brothers Brian (Pat) and Alec Chambers of Southampton, England; daughter and son-in-law, Jill and Joe Wright; son and daughter-in-law, Laurie and Terri Chambers; son and daughter-in-law, Michael Chambers and Shelley Hutson; grandchildren, Matt and Sarah Wright, Katie and Chaney Coffman, Hannah Wright, Mollie Wright, Ashley Chambers, Reagan Chambers, Hailey Hutson and Ashton Hutson; great-grandchild, Parker Wright; and many nieces and nephews. He is predeceased by his parents Charles and Caroline Chambers and his sister-in-law, Pam Chambers. Don asked to be cremated. A commemorative celebration will be held at 10:00 a.m. on Tuesday, November 16, 2021 at First Christian Church, 1301 W. Louisiana Ave, 79701, Midland, Texas. Everyone is welcome. In lieu of flowers, memorial donations can be made to First Christian Church, 1301 W. Louisiana Ave, Midland, Texas, 79701; the Midland Humane Coalition, 4206 W. Loop 250 Frontage Road North, Midland, Texas, 79707; or at the MD Anderson Cancer Center, 1515 Holcombe Blvd, Houston, Texas, 77030. Arrangements are under the direction of Nalley-Pickle & Welch Funeral Home & Crematory of Midland. Online condolences can be presented at www.npwelch.com.