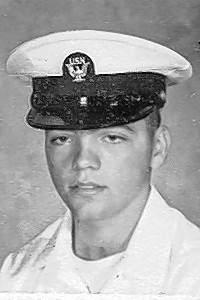 Edwin “Ed” Allen Chambers Jr., 65, of Manchester, Iowa, died Friday, April 8, 2022 at ProMedica Skilled Nursing and Rehabilitation Center (formerly Manor Care) in Cedar Rapids, Iowa. He was born on May 9, 1956 in Manchester, Iowa, the son of Edwin Allen and Dorothy Agnes (Hansen) Chambers. He graduated from West Delaware High School in 1974. After graduation, Ed enlisted in the United States Navy as an avionics technician and was deployed to Sicily, Italy. He was married to Kathy Mathis of Mississippi in January

1976 and later divorced. They had one son, Edwin Chambers III. After enlisting, Ed attends Kirkwood Community College. Ed has been employed at several local businesses including Henderson’s Manufacturing, Lextron Animal Health, Alltrista Plastics and Peerless. He had also worked as a deputy sheriff for Jackson County in the state of Mississippi.

Ed is survived by his son, Edwin Allen Chambers III of Mississippi; one brother, Joe (Cheryl) Chambers of Colorado; one sister, Shelly (Todd) Elledge of Olin, Iowa; and a half-brother, Craig Hass of North Carolina.

He was predeceased by his younger brother and his parents.

Funeral services will be held at Oakland Cemetery in Manchester, Iowa, on a date to be determined.

The price of fuel is increasing “reasonably” but prepare for inflation