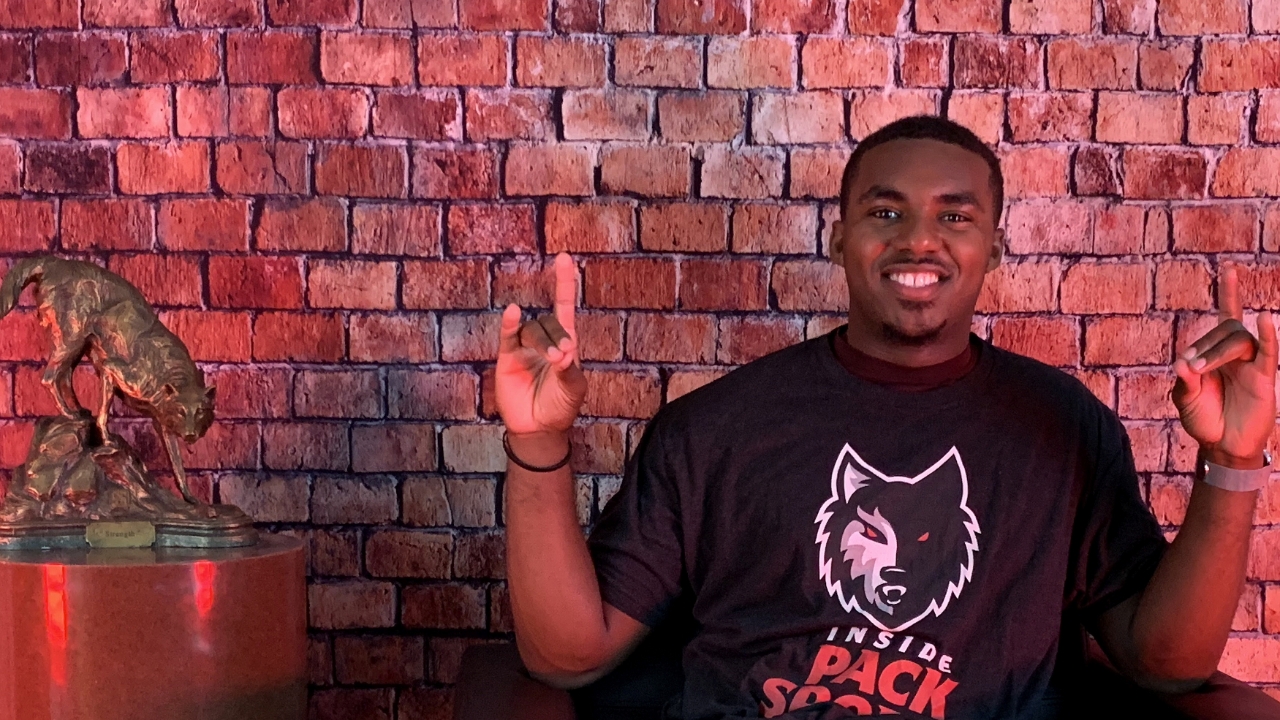 Transfer of quarterback from Charleston Southern Jack Chambers‍ has only been in Raleigh for a few days as he prepares for the start of the first summer session. He discussed NIL, his transfer decision, his style of play and much more with Inside the Sports Pack.

REMARK: Click on the video above to watch the discussion with Chambers. We have provided some selected quotes below and made this Elite+ feature free.

Jack, you haven’t been in Raleigh long, so you haven’t had a chance to experience much, but just your first two days — what’s it like to be in town?
It was actually amazing, just walking in with the guys. Very nice guys, very humble…ready to work.

It’s just something you’re all going to see coming into a new team of guys who embrace you, welcome you like you’re family. And it’s just been a good while since I got here.

The first question we often get on our forums about you is, “Why? You’ve carved out a major role for yourself in Charleston Southern. You were their guy at quarterback, you had a lot of success. I think you told me you only have one year left, right?
Yes sir.

Why did you seek to make this movement? What played a role in your decision? And not necessarily just to choose NC State, but even consider entering the portal for your senior year.
Well, it was just that I enjoyed my stay at Charleston Southern. It was a great program, great coach, and great guys, but since I got there, everyone who came with [me] gone now. It’s like a new team, a new atmosphere, and I just thought it was time for a change.

It took a while for it to start because the portal was crazy. Several guys from each school would walk into the portal, and I just stayed and waited my turn, and then…the schools started reaching out.

From there, it was just a matter of choosing the right fit.

Did you have any early expectations at Charleston Southern? You were a multi-year starter. Did you come hoping you could win that job right away or did you feel like you had to fight to get it?
In Charleston Southern, it’s actually a different story. I walked in and got a gray shirt because I got hurt my senior year of high school. The coaches there were amazing. They honored my scholarship. Allow me to come in and learn under the guidance of a senior at the time.

Ee brought in two guys who were right after him…they were great mentors to me, but they also pushed me to reach their level. From there, it was my second year, it was my time to go and I just had to be ready because we always went through quarterbacks, three or four quarterbacks playing every season, so you always had to be ready.

You went to Greenville last year and almost beat ECU, and this year NC State is opening at ECU. What was that experience like playing in Greenville and obviously almost leading them to a win?
It was a fun and exciting experience every time you’re a small school moving into a bigger program, it’s just being in an atmosphere that you’re really not used to.

From the moment we started we started hot against them and then it was different seeing the crowd just silent. It’s something you’re not used to, you’re so excited to be there. … It was just a great experience.

You also played against Georgia, and you smile, but you ran a lot for your life, didn’t you? You’re a kid from Georgia, you go back to your home country, you play against Georgia, you play in that environment, how was it?
It was an awesome experience. I had all my family and a lot of my friends coming out to support me…just going against probably one of the best defenses in history.

It was a fun and exciting experience. I definitely would have liked to score more points on the board, but it was just great to be there to see these guys fly, but knowing that we could compete and compete against the best as well.

When you approach games like that, how does it go mentally? How do you feel knowing you’re a decided outsider, but still a competitor?
That’s the thing. I am a competitor. It’s just that I never walk into a game thinking, “I’m going to lose. I’m already out,” because then you’re out. hopes, I prepare every week, make sure I’m mentally and physically ready to go, and the outcome, whatever it is, just know that I put in all my effort, I’ll be satisfied.

When did you start hearing about NC State and how did it all come about?
NC State was just a school I sat in one day and made a list of teams and programs I would be interested in and see where it would fit me perfectly.

NC State was just a good choice. Close, I loved the city, and I looked at the coaches, I saw the roster, and I just thought, “Maybe this is a good fit for me.”

I think you came for a visit before making your decision.
It was actually a difficult thing because you don’t really get to meet a lot of people. I just came here just ready to win and… I’m just here just to work and make sure I’m ready to go and just prepare and be the best postman I can be.

Being on campus, seeing the facilities, did that lock in your decision?
It wasn’t until I got here recently that I really saw the facilities, met everyone, and from there…I was already sold. It was just the icing on the cake for me.

What was their pitch to you?
There was no pitch. I just knew it was the right feeling for me, the right team, the right program. I was just looking forward to getting here and getting to work.

You’ve seen the success they’ve had in 2021. How do you feel about approaching something like this with the positive momentum they have this season?
Exciting. I’m so excited about this. I just can’t wait to get out there, join the guys, work hard and do my part to be the best I can be for this team.

One of the things I ask a lot of people when we bring them in for this is their favorite place in Raleigh. Is it too early?
[Laughing] Certainly too soon.