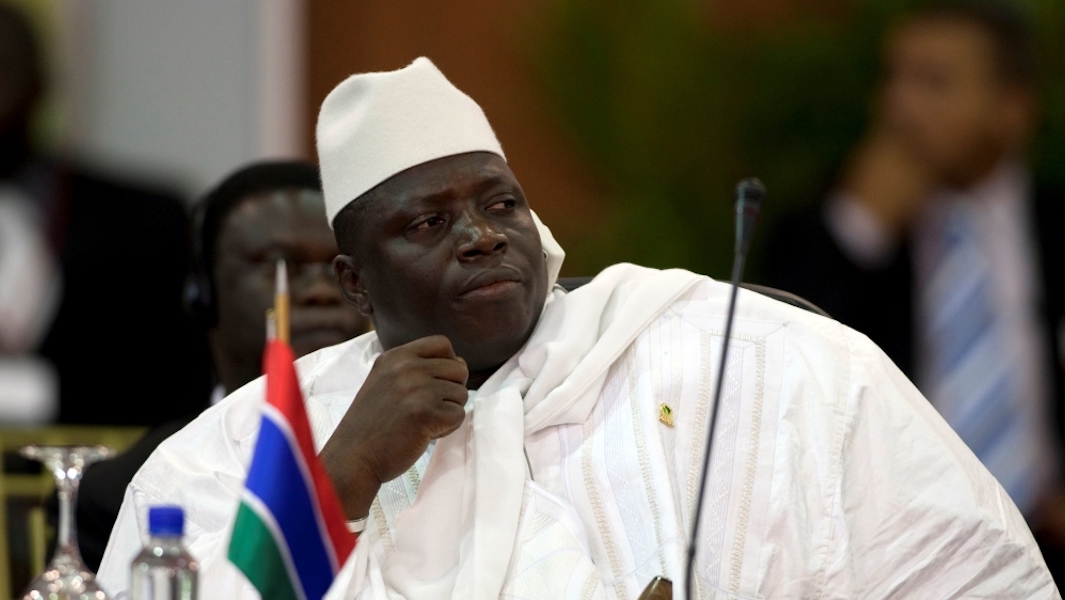 The TRCC recommends that Mr. Jammeh and several of his accomplices be prosecuted for extrajudicial killings of citizens and foreigners, rape, repression of the press and opposition among other crimes perpetrated during his 22 year rule in The Gambia.

Describing the recommendation as a “turning point for justice” in The Gambia, Mr. Falana initially accused Equatorial Guinean President Teodoro Obiang of failing to continue to “protect” Mr. Jammeh or to shield him from prosecution.

He then called on the AU and the UN to act quickly to ensure that Mr. Jammeh is extradited to Senegal to stand trial there before the extraordinary African chambers.

A statement he released on Tuesday read: “In view of the fact that the victims were not only Gambian nationals, the Commission recommends that a special international tribunal be set up to try Jammeh and others. in West Africa, but outside The Gambia. I call on the leaders of the African Union (AU) and the United Nations to take immediate and effective action to ensure that Mr. Jammeh and senior officials of his government are extradited to Senegal to stand trial in African chambers. extraordinary acts of the Senegalese courts, for the sake of the victims of Jammeh.

â€œI think the recommended trial will not require separate structures and institutions. With the existence of the Extraordinary African Chambers, AU leaders do not have to reinvent the wheel. Immediately extraditing Mr. Jammeh and others to stand trial in the Chambers would save time and resources. The statute of the Chambers gives it jurisdiction over crimes against humanity and torture as defined in the statute. Definitions of these crimes generally mirror those used in the Rome Statute of the International Criminal Court and other international tribunals.

â€œMr. Jammeh will benefit from his rights to a fair trial before the extraordinary chambers, including those guaranteed by the International Covenant on Civil and Political Rights and the African Charter on Human and Peoples’ Rights which Senegal has ratified. These human rights treaties define the minimum guarantees that must be granted to accused persons in criminal proceedings. “

Mr. Falana called on the European Union and other global bodies committed to justice and accountability for international crimes in Africa to support the trial with sufficient funds.

The Senior Counsel for Nigeria (SAN) went further to explain how the African Extraordinary Chambers work and the process that Mr. Jammeh’s trial should go through.

â€œThe extraordinary African chambers have four levels: an investigating chamber with four investigating judges, an indictment chamber with three judges, a trial chamber and an appeals chamber. The Trial Chamber and the Appeals Chamber each have two Senegalese judges and a president from another member state of the African Union. The chambers also have an administrator to ensure the smooth running of their activities and manage all non-judicial aspects of the work.

â€œThe victims of Jammeh must be given the opportunity to participate in the proceedings as civil parties. If he is found guilty of the charges against him, the victims of his crimes should receive adequate compensation and reparations, including a guarantee of non-recurrence.

After the report was released, the TRCC called on people who had made full and remorseful disclosure to the commission and were not involved in crimes against humanity to seek amnesty.

The Gambian government has pledged to publish a white paper by May 25, 2022 on the commission’s report.

Good journalism is expensive. Yet only good journalism can guarantee the possibility of a good society, responsible democracy and transparent government.

For free and ongoing access to the best investigative journalism in the country, we ask that you consider modestly supporting this noble enterprise.

By contributing to PREMIUM TIMES, you are helping to maintain relevant journalism and ensure that it remains free and accessible to everyone.