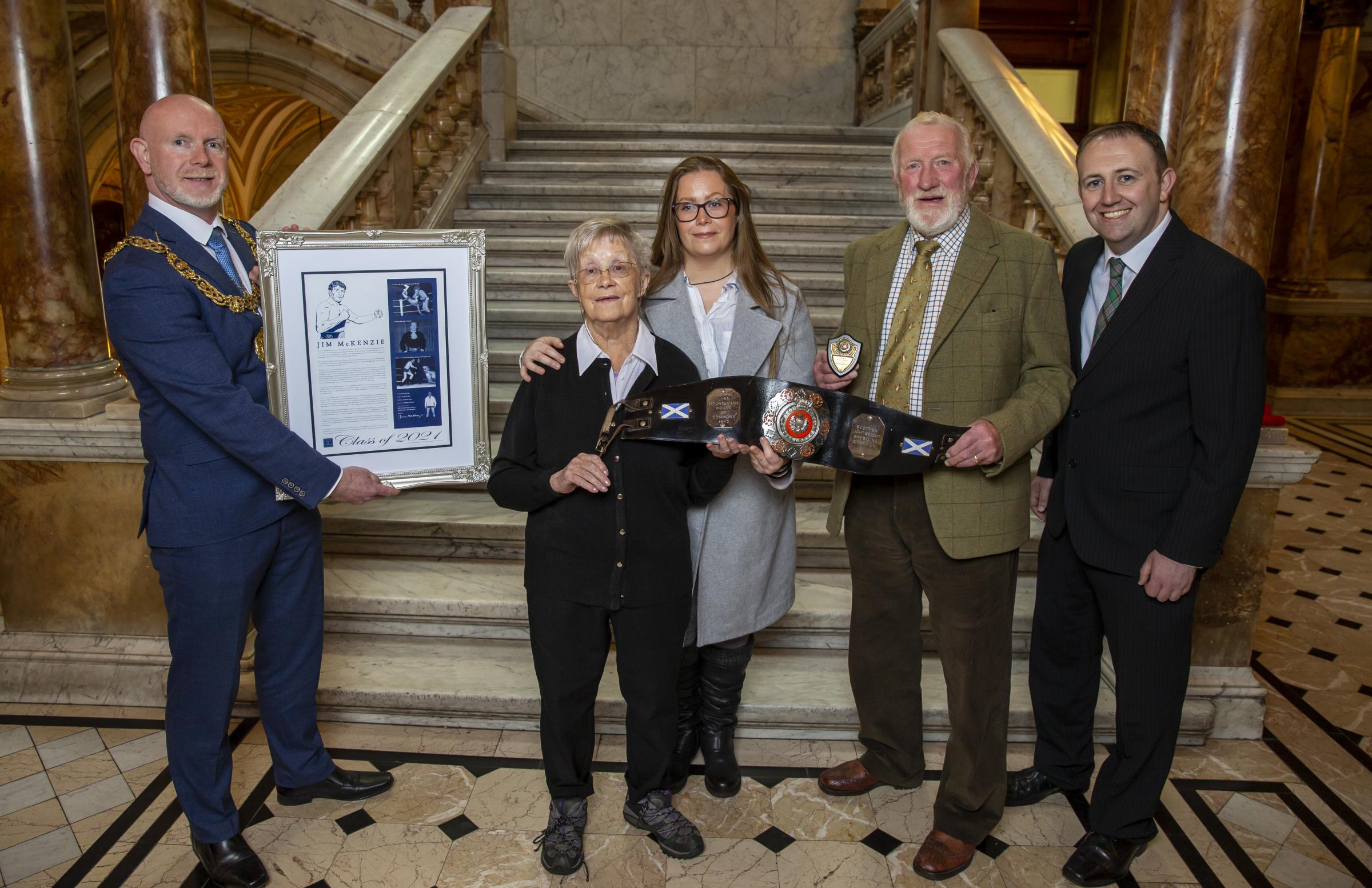 SEVENTEEN years after the death of Jim McKenzie, the Glasgow wrestler has joined his former training partner one last time after being inducted into the Professional Wrestling Hall of Fame for Scotland.

Lord Provost oversaw a ceremony at the City Chambers on Friday where McKenzie, a lightweight who was a titan of the British wrestling scene in the 1960s, became the seventh man to be inducted into the Hall of Fame as a plaque was awarded to his widow. Helen, their daughter Gillian and Bill Ross, McKenzie’s former teammate and occasional opponent.

“Jim McKenzie was probably the best wrestler in Glasgow,” said Hall of Fame Founder Bradley Craig. “He was also one of the main champions of the lightweight division at a time when Scotland’s lightweight stars were the best in the world.

“The ‘Flying Scots’ of Bill Ross and Jim McKenzie were without a doubt Scotland’s best team. They were probably the best tag team of their generation.

“They had some fantastic battles across the country. Jim’s speed with Bill’s strength was a virtually unbeatable combination.

When presented with McKenzie’s old belt, a teary-eyed Ross admitted seeing her “brought back a lot of memories.”

He then recalled one particular wrestling match which highlighted how the ‘Flying Scots’ were back in their prime.

“Jim was a very respected wrestler who had great speed and a great sense of humor,” Ross recalls. “As far as I’m concerned, he was a great professional and a good friend, and we’ve had a lot of tough fights over the years!

“Because of the training I was doing, I was just a little stronger than Jim the whole time. I have always been strong in my legs, good for pushing. Quite often I would feel the boys coming out and let Jim take them around.

“It always stuck in my mind: we were fighting a French team and I saw one of the guys gesture to his muscles and shake his hand – calling us soft, basically. Jim and I both timed it.

“I said I would get out first and push him a bit. Well, two or three minutes later I picked this guy up, held him over my head, and dropped him on the canvas. I tagged Jim, he rolled over and immediately pinned him.

“The promoter knew exactly what I was doing because I had done it before. He laughed and told me that “these boys were supposed to have a two month contract”. The guys ended up tidying everything up and going home!

Jim’s daughter Gillian McKenzie was not born when her father retired from the sport and has said she enjoys knowing about his status in the wrestling world.

She said: “I am very proud that my father’s career is remembered decades after he retired from the ring.

“He was a great father, and it’s really special for me to learn about the impact he had as a top wrestler in the years since his death.”

Helen McKenzie, Jim’s widow, added, “My husband loved his wrestling days which gave him some of the happiest times of his life, traveling across the country with many other stars of his generation. ”