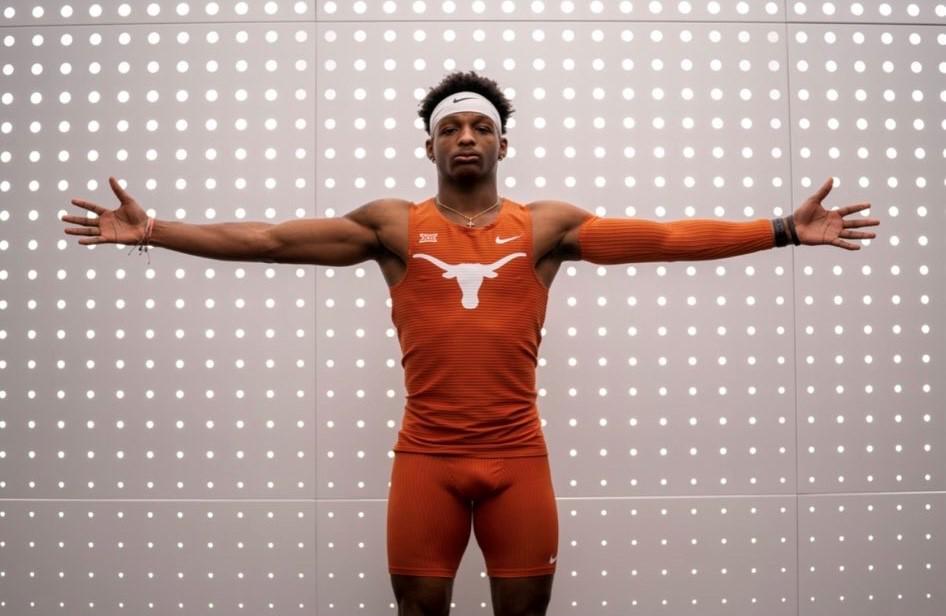 Graduated from East Chambers to join the UT track team

A local sprinter who won national championships at the junior college level will now join one of the top track and field programs in the country.

East Chambers graduate Nolton Shelvin announced his commitment to the University of Texas track and field team on Monday. Shelvin has spent the past two seasons at Coffeyville Community College in Kansas, where he won the NJCAA championships in the 100 meters and 4×100 relay last year.

Shelvin’s 100-meter time of 10.09 was the seventh fastest ever in NJCAA competition and qualified him for the US Olympic Trials.

The best hits: Get Beaumont Enterprise stories straight to your inbox

Shelvin has plenty of experience running at Mike A. Myers Stadium, where the Longhorns face off in Austin. As a senior at East Chambers in 2019, Shelvin qualified for the UIL State Championship in Austin. He won bronze in the Class 3A 100 meters and helped the Bucs finish fourth in the 4×200 relay.

A multi-sport athlete in high school, Shelvin was also a major contributor to the East Chambers football team. He was a first-team Beaumont Enterprise Super Gold selection as a senior running back.