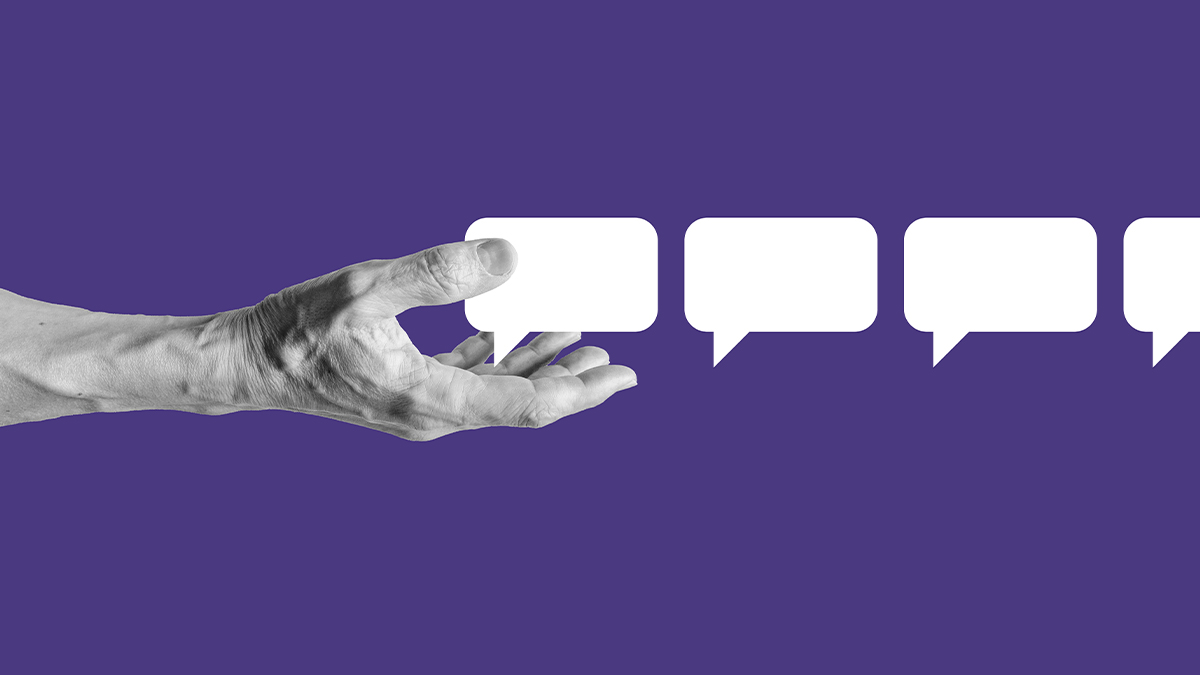 How Leaders Can Escape Their Echo Chambers

The higher leaders are, the more likely they are to find themselves in an echo chamber, surrounded by people who think like them and agree with them. This happens in part because of affinity bias, which causes us to favor, associate with, and hire the people we feel most similar to. This lack of diverse perspectives is further compounded by a few issues: problem-solving methods that lead to groupthink and the difficulty of establishing psychological safety. Collectively, these forces can cause leaders to become stuck in an echo chamber.

And while most leaders are aware of these strengths and strive to create a team culture that promotes voice and candor, subtle leadership behaviors can get in the way of their intentions.

For example, take my client Aviral, whose overly Socratic method of communication caused team members to be hesitant to bring ideas to him until they were “fully cooked.” Or Michael, whose rhythmic style made people feel like he was imposing his time and shouldn’t bother him with questions and concerns. Or Melissa, whose habit of frequently saying “no,” “but,” or “however” discouraged her team from providing feedback or offering dissenting opinions in meetings.

To guard against the strategic disadvantages of being stuck in an echo chamber, practice the following behaviors:

No matter how egalitarian and open you are as a leader, chances are that many of your people are hiding valuable information, ideas, and concerns from you.

You might say to your team, “We all have blind spots, including me. I need your help to see mine and I want you to ask me questions and disagree with me if you think I’m out of place. Repeat this request regularly and follow up directly with your team members to specifically solicit their input and feedback.

Also, constantly ask your team for their ideas. Assure them that they don’t need to build a bulletproof case for every idea. Or, like the Aviral team, they might hold back for fear that they won’t have all your questions answered and look silly.

Finally, publicly acknowledge and thank independent voices who share a dissenting opinion, question your logic, or disagree with you. When your team sees that you respond to tough comments with gratitude, you’ll encourage more fearful employees to speak up as well.

Be curious and listen.

Suppose you neglect to balance the pursuit of results with nurturing your relationships, as Michael did. This tendency can degrade your team’s confidence, motivation and commitment and rob you of valuable information.

Instead, commit to setting aside time and space for your team and colleagues. For example, don’t cancel one-on-ones if there is no agenda; instead reallocate the time to more holistically check in on the person. You can also use the time to solicit feedback and ideas and ask if there are any issues you should be aware of. Be fully present, whether it’s a scheduled one-on-one or a member of your team asking for five minutes. Multitasking, showing impatience, and not listening well indicate that you are not interested in this person and what they have to say.

When someone disagrees with you or challenges your opinion, ignore the natural urge to resist or reject. Confirmation bias makes you adept at spotting weaknesses in someone else’s position or argument, but blind to flaws or gaps in your beliefs. Sometimes exposure to counter-evidence can even increase our confidence that our cherished beliefs are true.

Instead, adopt an attitude of curiosity and ask questions to better understand their point of view. For example, you might ask, “What led you to this conclusion?” or say, “Tell me more.”

“Yes, and” is a fundamental improvisational technique, but it’s also a practical philosophy for generating ideas and building relationships.

Imagine you are in a meeting and sharing ideas. Each time, someone responds to your idea with “no”, “but”, “however” or “well, actually”. Naturally, you’re less inclined to share additional thoughts after a few of these refresher responses. Well, if you use these phrases when other people are sharing their ideas or comments with you, you will also stop potential contributions of valuable information.

Instead, use “yes, and” to acknowledge and expand on someone’s idea. Of course, you will not be able to use all contributions. But by acknowledging someone’s ideas, you help them feel heard, considered, and encouraged to share their ideas in the future.

Make a habit of speaking last in meetings to hear a more diverse set of ideas and lessen groupthink. You already know what you know. What you need to do in meetings is find out what other people know. Speaking last encourages your team to put their ideas and suggestions on the table, helps them feel heard, and builds team ownership and morale.

Speaking last does not mean being completely silent. Instead, it means that you focus your initial comments on gathering and clarifying information through questions like, “Why do you think this is the right direction?” »

When you finally share your point of view or render an opinion, you will have had the benefit of hearing what others know and think first. As was the case with a CEO I coached, this one change can dramatically improve the quality of your meetings.

Intentionally introduce unique perspectives or problem-solving styles into your team and network.

For example, invite people from other parts of the company to team meetings to share other perspectives and views on a situation. You can also appoint a devil’s advocate to take an opposing view and raise opposing evidence and perspectives. The purpose of this role is to improve team decisions and results, not to encourage baseless argument. So make sure the designated person attacks ideas, not people, and comes up with sound logic and new alternatives.

Longer term, mitigate affinity bias when hiring by ensuring high diversity in your interviewer panel. And work to build a non-island network with diverse perspectives, values ​​and expertise.

From words to deeds.

As a leader, you must be the change you demand of others. Failure to follow the example undermines your stated commitment and confidence in your leadership. Following the word may not always be easy, but it’s essential if you want to inspire others to follow you. By modeling the behaviors you ask your team to display, such as sharing feedback and ideas with your superiors, you build trust in your message and encourage others to behave the same way.

Taking the steps outlined here will help you get out of the ok bubble where many leaders unwittingly exist. You’ll generate stronger connection and communication with your team and colleagues, encourage new and creative perspectives, and make better decisions. Building these new habits can be difficult at first, but in these fast-paced and uncertain times, now more than ever, it’s worth it.

PaydayChampion explains the ins and outs of lending to direct lenders