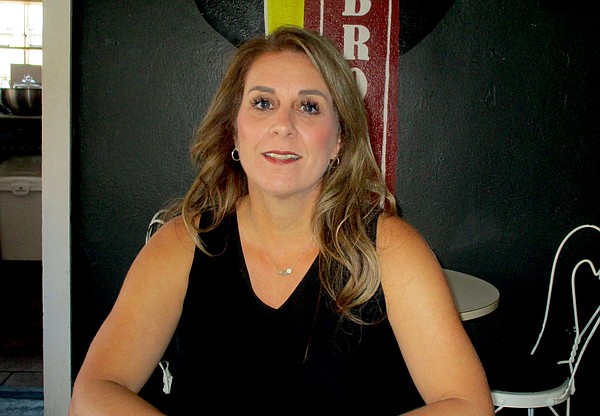 Editor’s Note: The following story was published in The Herald-Leader on September 15th. Because the Outstanding Civic Leadership Event, which was scheduled for September 23, has been canceled and the OCLE Awards would be part of the annual Siloam Springs Banquet on Thursday. , it functions again in today’s Sunday of Siloam.

Lucinda Jenks never imagined that she and her sister Audra Farrell would be seen as community leaders, but that’s exactly how they are seen as they were both chosen to receive the Siloam Springs Outstanding Civic Award Leadership Event for 2021.

The two will be honored Thursday at the Siloam Springs Chamber of Commerce’s annual banquet, to be held at Camp Siloam. They were originally scheduled to receive the award on September 23 at OCLE, but the event was postponed due to covid-19.

Jenks has worked to distinguish himself as a leader in the mortgage industry.

Starting at Arvest Bank, Jenks worked there for 20 years before moving to First Western Bank and then Grand Savings Bank, she said.

Currently, Jenks works for Geneva Financial as a branch manager/mortgage originator, she said.

Geneva Financial is a direct mortgage lender headquartered in Chandler, Arizona that focuses on loan originators and support staff to ensure an unbeatable experience, according to genevafi.com.

Jenks lives in Oklahoma but grew up in Siloam Springs. Her family lived on a small farm on Raines Road where they raised cattle, goats and sheep, she said.

His father, Louie Thomas, was a long-time building construction teacher at Siloam Springs High School and later served on the Siloam Springs School Board, Jenks said.

Thomas also had a moving and construction business, Jenks said.

He was a well-known and well-respected member of the community and helped develop a dynamic, hard-working spirit in Jenks that she used throughout her career, Jenks said.

Jenks’ mother, Mary Thomas, looked after the home until her daughters started school when she decided to continue her education and earned a master’s degree in education, she said.

“Mrs. Thomas” was a beloved kindergarten teacher who spent over 30 years in the schools of Siloam Springs. Mary Thomas continues to reside in Siloam Springs, Jenks said.

As a young girl, and often alongside her sister, Jenks participated in Girl Scouts, Brownies and Future Farmers of America (FFA), she said.

“We were both FFA lovers,” Jenks said.

Jenks was also an outstanding athlete in high school, competing in track and field, volleyball and basketball, she said.

Jenks held the two-mile track record at Siloam Springs High School for many years and competed in the Meet of Champions her senior year, she said.

The sisters also served at First Baptist Church whenever the doors were open, Jenks said.

When she was 16, Jenks got her first job at Western Sizzlin, then spent her summers working for the Allen Canning Company in the food testing lab, she said.

Long before that, her father taught her the meaning of hard work and dedication to the work at hand, Jenks said.

Jenks said she was the boy her father never had and often worked alongside him growing up.

Jenks’ work in banking began in 1995, after returning to the region.

She started a part-time job as a word processor at First National Bank (now Arvest Bank) while completing her bachelor’s degree in accounting from Northeastern State University, Jenks said.

Over the years, Jenks moved into accounting, loan assistance, consumer lender, and then mortgage agent/mortgage manager at Arvest, she said.

Jenks went to work for First Western Bank in 2015 where she worked as a mortgage loan officer and worked from home. In 2019, Jenks accepted a new role at Grand Savings Bank as a senior vice president/team leader at the Siloam Springs branch, she said.

In 2021, Jenks took a leap of faith when she left her lucrative job at Grand Savings Bank and accepted her new position at Geneva Financial, she said.

Geneva Financial is a great fit for people who work in the mortgage industry and want to pursue their passion with freedom, Jenks said.

“God played a part in every job change I had,” Jenks said. “Each change taught me something more to take me to the next level.”

Like her sister Audra, Jenks also makes time to help people outside of work.

In 2014, Lucinda Jenks and her husband co-founded the Colcord FFA Alumni Chapter with Dr. Brian Shackelford and John and Amy Dunn, both dear friends of theirs, she said.

Lucinda Jenks also currently sits on the board of Main Street Siloam Springs, she said.

Jenks credits Stacy Morris and Abby Trinidad for taking the MSSS to the next level.

Lucinda has worked for the Siloam Springs and Civitan Chamber of Commerce in the past, she said.

Jenks also continues to volunteer with various nonprofits and community volunteers, she said.

Jenks lives with her husband in Watts, Okla. They own a ranch in Colcord, Okla.

Lucinda Jenks has been married to Hank Jenks for 30 years. Hank Jenks is chief helicopter pilot for K&D Aviation, she said.

Prior to working for K&D, he was a state trooper in the Oklahoma Highway Patrol’s Aviation Division and an Oklahoma State Game Warden, Lucinda Jenks said.

The couple have two sons, Clint Jenks, 24, a graduate of Oklahoma State University at Stillwater, who works as a soil conservation specialist for the Natural Resources Conservation Service (NRCS), and Andy Jenks, 18, a freshman at OSU who is continuing her education with a focus on wildlife biology, said Lucinda Jenks.

Hank and Lucinda share a love for the outdoors, she said. Lucinda’s hobbies include hunting, fishing and gardening as well as boating.

Jenks must have learned a long time ago to do “boy things” if she wanted to be included in her all-boys house, she said.

For Jenks, the future looks bright and she plans to finish her career strong. To get there, she had to take many leaps of faith.

“What if you never take that step out of the box? Jenks asks. “The ‘what if’ is so important and you’re going to miss it if you don’t step out of your comfort zone.”

For Jenks, it’s a small lesson she learned in 2016, when she suffered a heart attack. Jenks said this fear of health taught him to slow down and enjoy life more.

She’s been spending more time in the gym and working out to be healthy, Jenks said.

Jenks said family matters, always. The most important is his family.

“My mom and sister are always there to support me in anything I ask of them and Hank has always been supportive of my wild and crazy changes. We have a lot of fun together,” Jenks said.

The Illinois All In Initiative unites 50 chambers across the state, including the Quad Cities Chamber