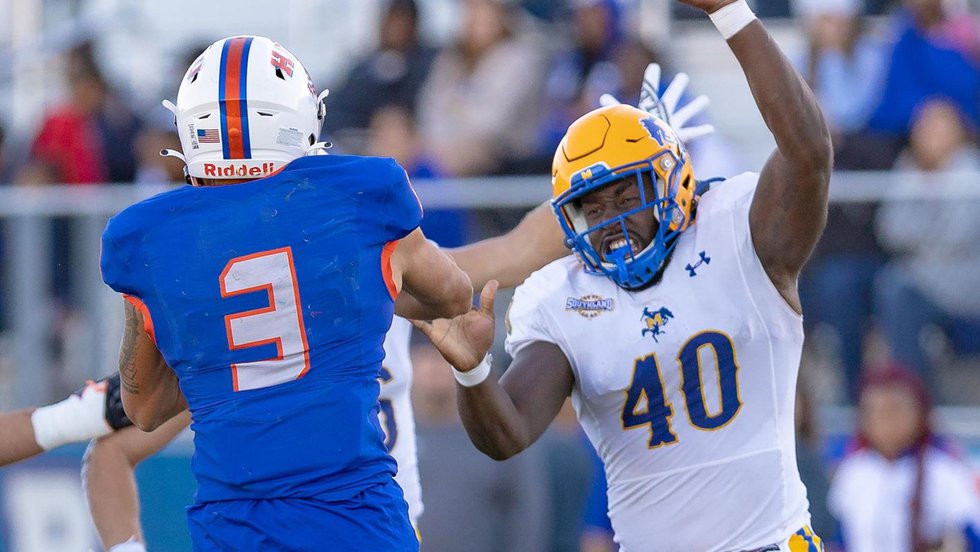 The Houston native joined an elite squad two weeks ago when he became the eighth player in Southland Conference history to be named the league’s Defensive Player of the Year for the second time.

Consensus All-American in 2020, and the first All-American preseason team for this fall, recently finished seventh in the FCS Buck Buchanan Award vote as the nation’s top defensive player.

Chambers led the Southland Conference with 10.5 sacks and 15.5 tackles for a loss last season, marking the second consecutive year leading the league in both categories. He ended his two-year career at McNeese becoming the first player to average one sack per game in school history with 18 quarterback sacks in 18 career games played. He’s registered 10.5 of his sacks this season in the last eight games of the year.

Twice-selected to the first-team of all conferences, Chambers is only the second Cowboy player to be named the league’s top defensive player on multiple occasions (Terry Irving, 1992 and 1993) while also giving the Cowboys their fourth consecutive best conference defense award (BJ Blunt, 2018; Chris Livings, 2019; Chambers 2020 and 2021) and the 16th overall.

Chambers, who was invited to play in the Hula Bowl, recently received his master’s degree in criminal justice.