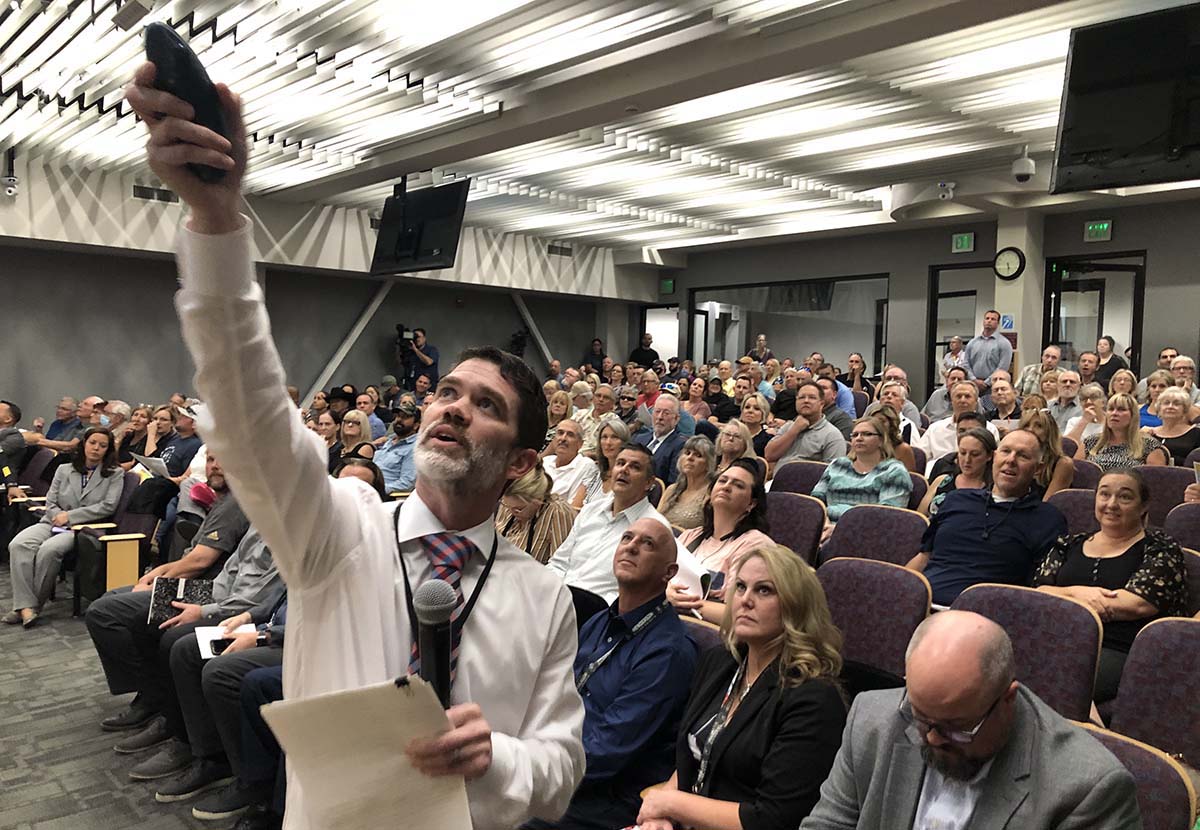 More than 200 residents demanded better answers Wednesday night as Henderson officials provided updates on a possible road extension near College Drive that would provide a second route to the Nevada State College campus.

Henderson Fire Department Chief Shawn White called Nevada State Drive the longest cul-de-sac in town and said he was concerned about increased development in the area, which would slow traffic. emergency response time for the department.

“Our first thing we need to do is access,” White said. “We are required to have multiple accesses to different neighborhoods so that if one thing is blocked there is another way in.”

Nevada State College Chief of Staff Anthony Ruiz tried to argue that students need more accessibility to get to campus, but was drowned out by an angry mob who said that’s not It wasn’t the responsibility of the residents.

“We definitely need more capacity and connectivity with Nevada State College,” Ruiz said. “We haven’t added any new roads in 20 years at the school. We opened the doors with 144 students and now we’re over 7,000 and there’s a ton of traffic.

Most of the outspoken residents came from the Mission Hills neighborhood, which is made up of single-family homes with larger backyards for horses, chickens and alpacas.

Alex Kleytman has lived in the area for 60 years. He waved through the air Wednesday night pink papers that he said were filled with signatures of people opposed to the project.

“It’s hurting our quality of life, the safety of our children, and is an overall shift in our neighborhood,” Kleytman said. “I’ve spoken to over 200 neighbors who oppose this major connection.”

Residents worried about having a main thoroughfare closer to home, but Henderson Public Works Director Edward McGuire argued the road would extend what is already being built.

“This discussion of ‘you add a highway,’ we’re talking about adding a street that exists to the west,” McGuire said. “Paradise Hills exists, it is currently paved two lanes wide, it is posted at 25 miles per hour. There is room for horses, there is a gravel shoulder on both sides. This extension would look like exactly to that.

Neighbors accused the city of failing to follow through on a promise made to residents not to complete the road.

After the meeting, several residents counter-proposed that Paradise Hills Drive be extended east instead of west, which they said would directly access Interstate 11.

PDS BIOTECHNOLOGY CORP: Entering into a Material Definitive Agreement, Creation of a Direct Financial Obligation or Obligation Under an Off-Balance Sheet Arrangement of a Registrant, Unrecorded Sale of Equity Securities, Other Events, Financial Statements and parts (Form 8-K)