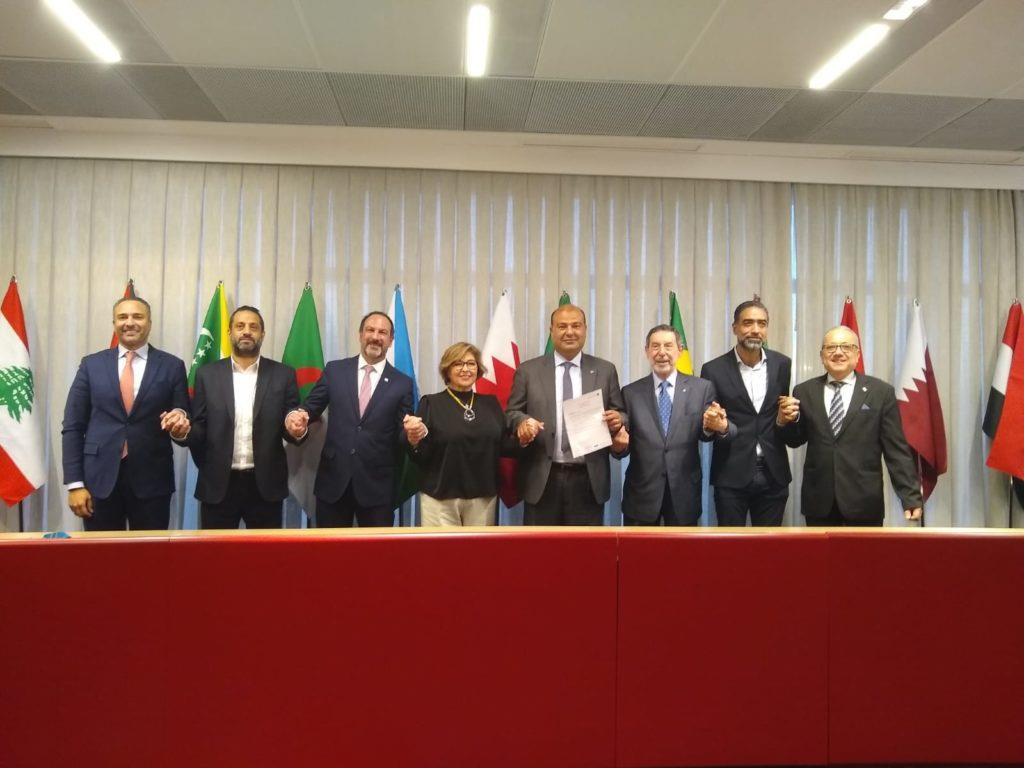 São Paulo – Arab Representatives Chamber of Commerce in South America signed on Tuesday (5) a letter of intent to work together for the development of these institutions. The group met at the headquarters of the Arab-Brazilian Chamber of Commerce (ABCC) the day after its Brazil & Arab Countries Economic Forum and in the presence of the Secretary General of the Union of Arab Chambers Khalid Hanafy . Pictured above are entity leaders after signing.

The letter declares the intention to increase the rapprochement between the chambers for the benefit of economic and commercial relations between the Arab and South American countries, to create contacts of common interest and joint activities in the fields of expertise of the chambers , to organize seminars and meetings in the interests of Arab-South American relations and to carry out joint market studies.

The document also declares the intention of the entities to hold discussions with the authorities of their countries and Arab countries to facilitate and stimulate Arab-South American trade, cooperate in capacity building and the strengthening of their institutional frameworks and their human resources, and carry out other bilateral actions or multilateral cooperation and coordination activities deemed appropriate

The group discussed a multi-step work program to set the rapprochement in motion with activities to be held later this year. Presented by the director of institutional relations of the ABCC, Fernanda Baltazar, the agenda received suggestions and should include regular meetings of the group.


Legal disclaimer: MENAFN provides the information “as is” without warranty of any kind. We assume no responsibility for the accuracy, content, images, videos, licensing, completeness, legality or reliability of any information in this article. If you have any complaints or copyright issues related to this article, please contact the provider above.

COFFEE HOLDING CO INC: Entering into a Material Definitive Agreement, Creating a Direct Financial Obligation or an Obligation Under an Off-Balance Sheet Arrangement of a Registrant (Form 8-K)