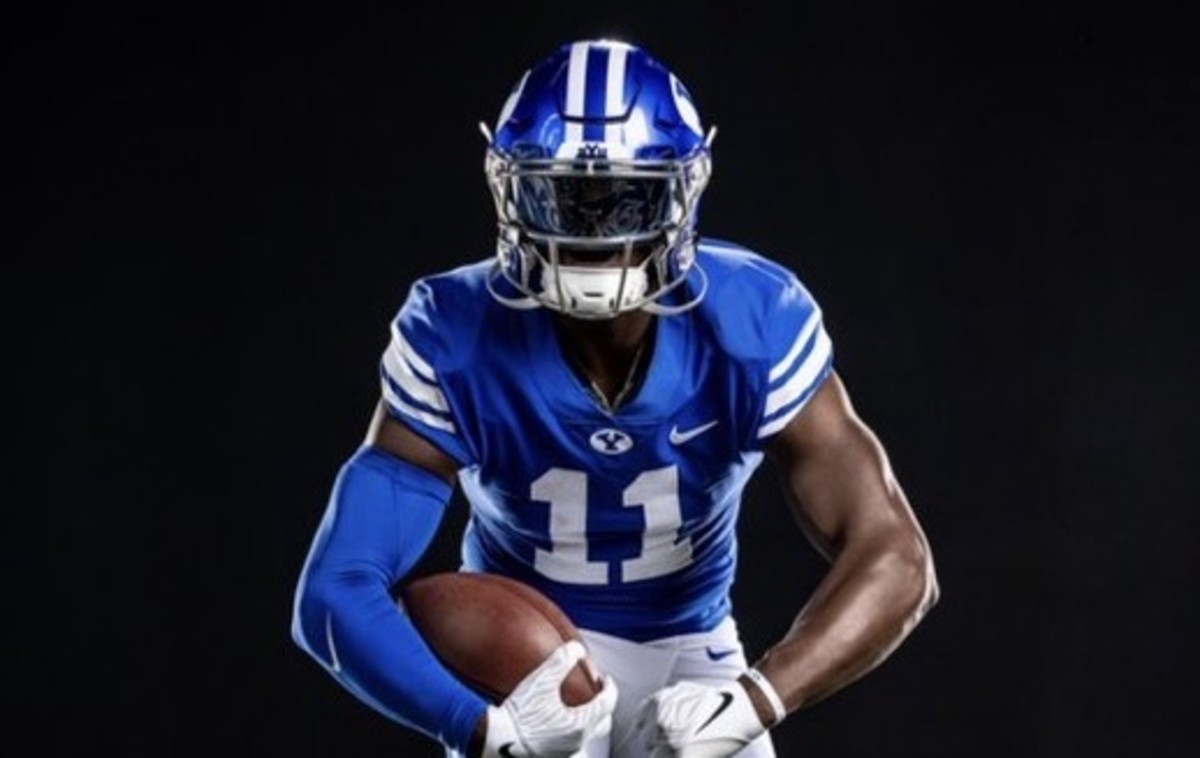 Texas running back prospect Landen Chambers has remained in touch with the BYU coaching staff since receiving an offer last month. The relationship between Chambers and BYU continued to grow Thursday when BYU welcomed Chambers to campus for an unofficial visit.

“Overall it went well,” Chambers said of the visit. “I can see why a lot of people go there, it’s just more than football.”

Chambers holds a dozen scholarship offers and has made various unofficial visits over the years. On what made the visit unique, Chambers said, “Everyone was very involved even if it was to stop and say hello. It shows how seriously they take their recruits.”

Landen also had the opportunity to meet several staff members and sit down for one-on-one meetings. “A lot of my questions have been answered,” Chambers said during meetings with the coaching staff.

Landen is preparing for Fossil Ridge High School in Keller, Texas. Last season he rushed for a school record 1,757 yards. He also scored 25 rushing touchdowns, another school record. He’s tall at 6’0, 210 pounds and he’s incredibly strong for a high school player. There are also similarities between Fossil Ridge’s offensive system and that coordinated by BYU’s Aaron Roderick. “Right now my team is running the same offense as BYU, so it’s a good fit for me,” Chambers said of his potential spot in BYU’s offense.

His height and physicality match what BYU recruited at running back — he bounces off tackles and racks up yards after contact. He’s a patient runner who sees the terrain well, and he also has the speed to go the distance. You can check out his junior highlights below.

Chambers’ recruitment has gained momentum since the end of last season. He racked up competing offers from Colorado State, the Air Force, Tulsa and the Navy, among others, before receiving an offer from BYU. He also hears about a few PAC-12 programs like UCLA and Colorado, and he visited Utah earlier this year.

BYU is very high on Chambers’ potential, and having him on campus is an important step in the recruiting process. If the Cougars are to land Chambers, they will need to continue to make him a priority for the rest of this recruiting cycle.