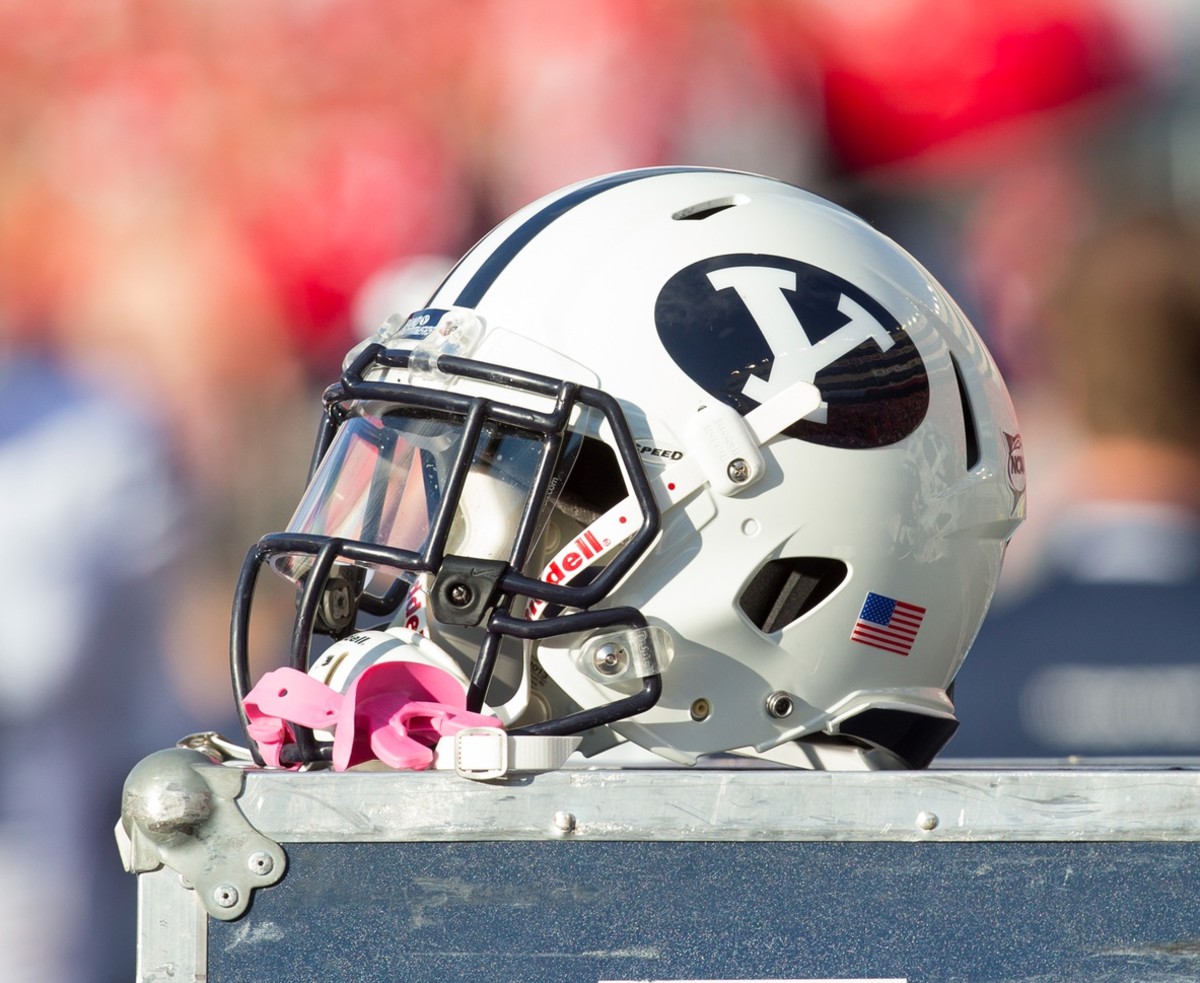 Over the past month, BYU coaches have been evaluating prospects across the country. One of those prospects was Landen Chambers, a Texas native and star running back. After contacting BYU running backs coach Harvey Unga, Chambers received an offer from BYU.

His height and physicality match what BYU recruited at running back — he bounces off tackles and racks up yards after contact. He’s a patient runner who sees the terrain well, and he also has the speed to go the distance. You can check out his junior highlights below.

Chambers’ recruitment has gained momentum since the end of last season. He racked up competing offers from Colorado State, the Air Force, Tulsa and the Navy, among others, before receiving an offer from BYU. He also hears about a few PAC-12 programs like UCLA and Colorado.

Chambers initially reached out to BYU’s coaching staff via Twitter. “Coach Unga followed me on Twitter and we started chatting a bit,” Chambers said. Daily Cougs. “I heard BYU has a great campus and a great college program.”

Last week, Coach Unga was in Texas to see Chambers in person. It was Coach Unga who brought Chambers the scholarship offer. During his conversation with Coach Unga, Chambers said: “The conversation was just great, he told me about a lot of positive things at school and the football team.”

Chambers has a connection to the BYU football program through former BYU wide receiver Margin Hooks. “I’ve known Margin Hooks since I was little and he played at BYU,” Chambers said of his relationship with Hooks. “He also helps me with my skills for my position, like changing direction and running.”

The BYU offer is significant for Chambers as it is his first Power Five offer, and it represents an opportunity to play conference games in front of his family. “BYU going to the Big 12 means if I go there, my family can see me playing a lot more with teams like Baylor, TCU, Houston, Oklahoma State and Texas Tech in the conference.”

In terms of a decision timeline, Chambers hasn’t set anything in stone, but he plans to make official visits next month to help sort out the process. “I’m thinking of getting some officials at the end of June to help me make my decision,” Chambers said.

On whether he plans to visit BYU, Chambers said, “Yeah, I’m planning on going to BYU. It’s a must!!”