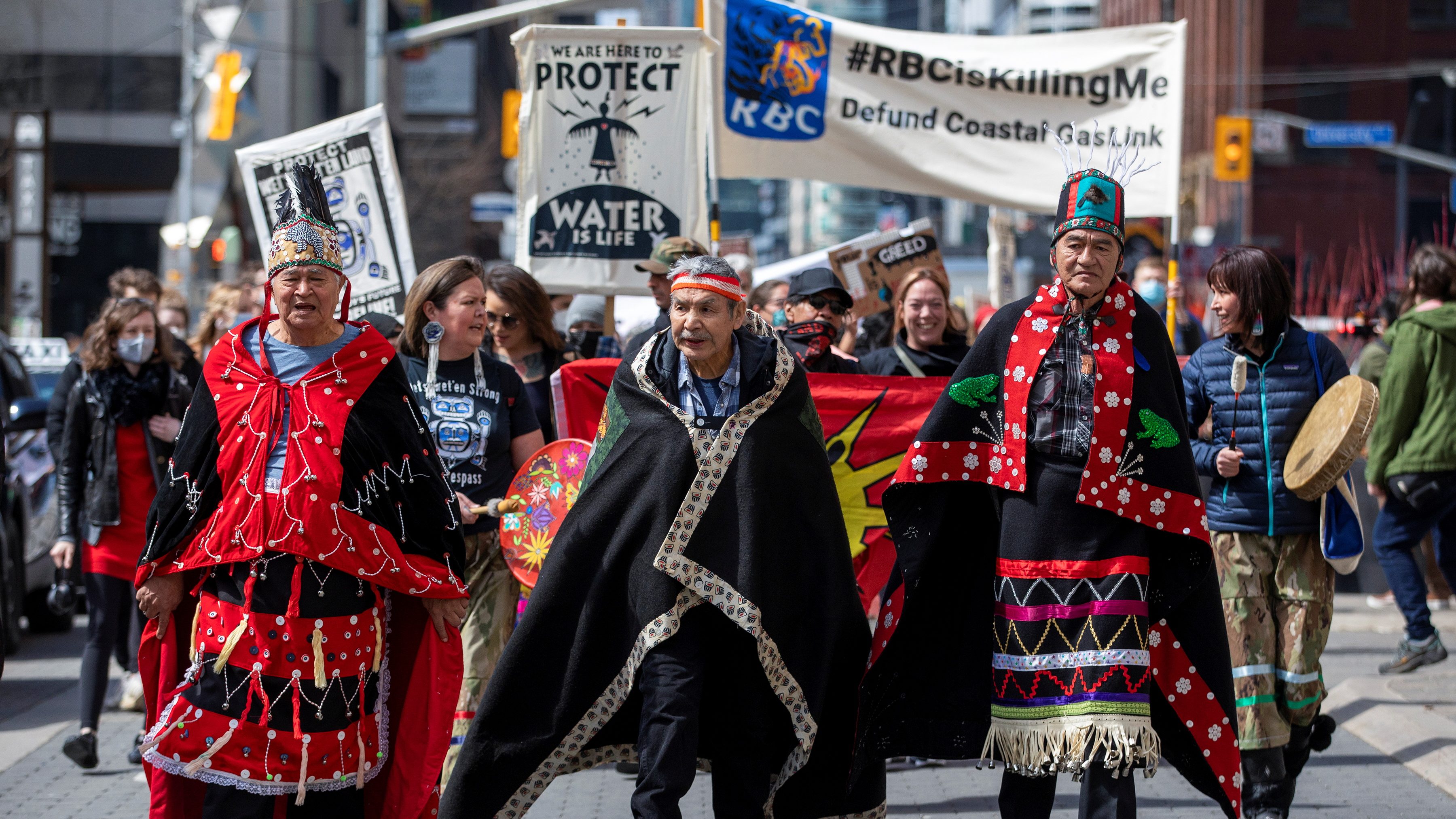 The climate war between investors and companies is intensifying — Quartz

The group of three hereditary chiefs from the Wet’suwet’en First Nation in British Columbia had traveled the country 2,700 miles (4,345 km) to Toronto. They had come to the headquarters of the Royal Bank of Canada hoping for an improvement in the bank’s climate policy. Instead, they received what they called an insult from its CEO.

RBC’s annual meeting of shareholders on April 7 was changed from an in-person meeting to an online-only meeting at the last minute. Gaslink Pipeline, a 416-mile (670 km) project that will cross Wet’suwet’en lands and those of at least 19 other First Nations. Na’Moks Chief John Ridsdale and his peers have expressed concerns about the impacts on water quality and wildlife, the risk of spills and the threat of global climate change. RBC, the fifth largest in the world lender to fossil fuel projects, finances the pipeline.

McKay’s answer was that the bank only accepted projects that it considered to be environmentally friendly and that pipeline “respects First Nations’ free, prior and informed consent obligations.

“Our jaws were literally on the ground,” said Sleydo’, a spokesman for the Chiefs. “We couldn’t understand him trying to tell our bosses he had their consent.”

Things didn’t get much better from there. RBC shareholders rejected four separate climate-related resolutions that would have required the bank, among other things, to publish a report on its environmental strategy and curb lending to fossil fuel companies.

The chiefs weren’t the only climate activists to recently lose a shareholder battle on climate change. A tumultuous two-month series of annual shareholder meetings comes to an end, during which climate-conscious investors raised a ruckus in almost all major American and European banks and oil companies. They have few victories to show for it; most climate-related shareholder resolutions have not received majority support.

As activist shareholder groups strategize for the next year, others plan to take direct aim at corporate leaders who aren’t delivering on climate. And while outright wins remain rare, the voting gap is narrowing as mainstream investors recognize that climate change is a business risk.

“Companies that are not in transition are not good investments,” said Danielle Fugere, president of shareholder group As You Sow. “This message is loud and clear.”

The 2022 shareholder voting season got off to a strong start, with a winning proposal at Costco in February asking the company to set out a strategy to eliminate carbon emissions from its value chain by 2050. ended in force, with winning resolutions on May 25 at Exxon (to report on its financial exposure to climate risk) and at Chevron (to report on methane emissions).

But there were a lot of losses between the two. Resolutions to limit oil and gas lending to major fossil fuel financiers like Bank of America and JPMorgan received less than 20% of the vote. Resolutions at several oil majors demanding a climate plan in line with the Paris Agreement marked in the 1920s and 30s. Shareholders rejected climate proposals to insurers like Chubb, and voted to approve the below-average climate plans of French oil major Total and Shell. Even startup asset manager Engine No. 1, which orchestrated a climate coup on Exxon’s board last year, vote against proposals from Exxon, Chevron and several banks, saying the proposals were too micromanaging the companies’ operations.

Yet most of these pro-climate proposals have received more shareholder support than they have in recent years. Ben Cushing, campaign manager at the Sierra Club, said more and more investors are demanding that companies heed the International Energy Agency’s warning that no new fossil-fuel infrastructure can be approved if the Paris agreement must remain close at hand.

“It was really important that this central litmus test be brought up in this conversation,” he said. “And getting even 10% in the first year a proposal has been filed is a signal to management that there is a significant number of investors, representing tens of billions of dollars in capital, whose support will continue. to grow.”

Asset managers like BlackRock are holding back climate votes

For more proposals to be successful, they will need to gain the support of the “big three” asset managers – BlackRock, Vanguard and State Street – who each control a disproportionate number of shares in almost all major corporations. Despite adopting their own long-term decarbonization plans, the Big Three still vote against most climate resolutions. On May 11, BlackRock executives said they would support even fewer resolutions this yearsince the resolutions have become more precise and demanding.

While preventing climate risk is in the long-term interest of the portfolios these companies manage, their scrutineers remain opposed to any vote that puts them at odds with the company. In the United States, they are also under pressure from Republican politicians in several fossil fuel-dependent states not to appear biased against the oil and gas industry for fear of losing the lucrative expense of managing public pensions. And in a May 20 comment, an HSBC asset manager suggested another reason for opposition: he and many of his peers don’t see climate impacts as a concern because they’re too far in the future (the manager was suspended after HSBC’s CEO said the comments did not reflect company policy).

If the Big Three really want to get to net zero and protect their customers’ money from climate risk, they don’t have time to politely, privately, ask companies to change, said Eli Kasargod-Staub, executive director of the Majority Action group. They must vote.

“A few years ago, it was very important for them to say that the climate was a risk. It was a low hanging fruit,” he said. “But there is no more fruit within reach and little room for the signal of virtue. Either they continue to approve the expansion and financing of fossil assets, or they don’t.

Board votes are the next front

Another unsuccessful campaign was that of Kasargod-Staub to overthrow Michael Wirth, the CEO of Chevron; Kasargod-Staub said Wirth failed to implement climate resolutions passed at last year’s shareholder meeting. Wirth kept his seat. But Kasargod-Staub said he expects more targeted campaigns against board members next year as proxy battles over climate escalate and become more personal. Ousting executives is the strongest step shareholders can take to hold companies accountable, and the threat of a board battle could make executives more willing to compromise with shareholders over climate issues in advance. These fights are hard to win, but doable, as Engine #1 has proven. New Securities and Exchange Commission the rules adopted in November to streamline the board voting process will help.

“People see the vote against directors as an escalation,” Cushing said, “but it certainly needs to be on the table for investors who feel like their demands and expectations are being ignored.”