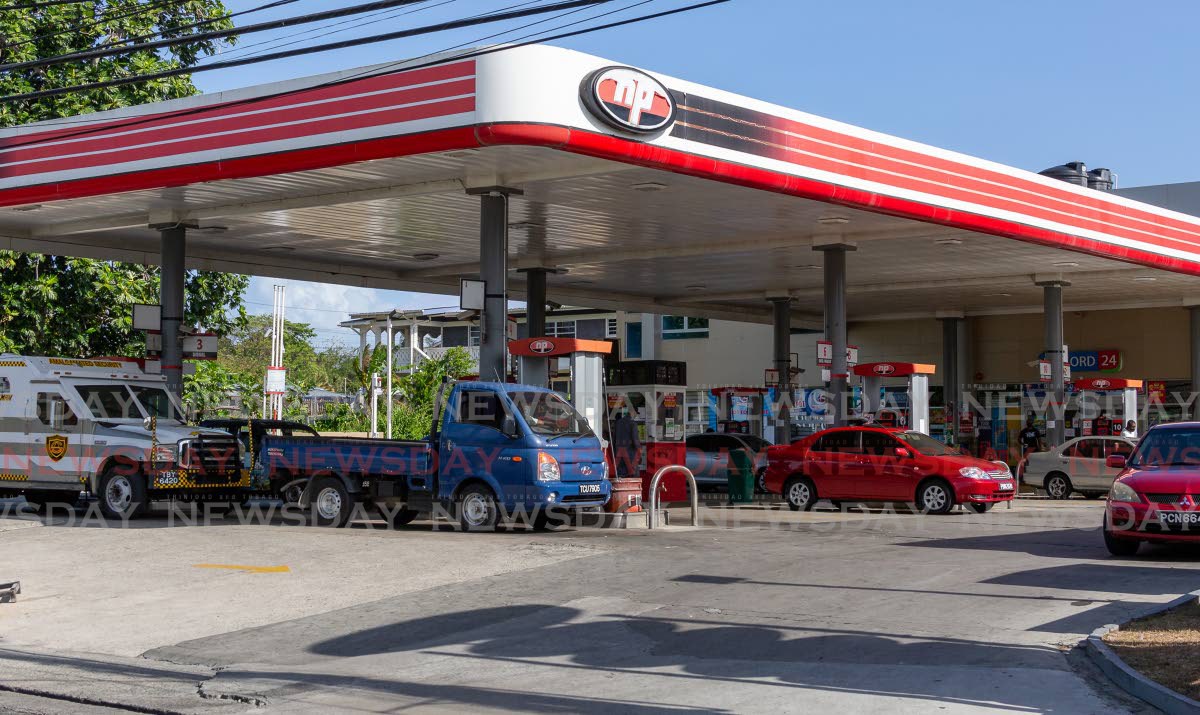 The price of fuel is increasing “reasonably” but prepare for inflation

TT Chamber of Industry and Commerce CEO Ian De Souza said by email on Friday that the government’s decision was a reasonable compromise.

He explained that with the state of international markets and oil supply disruptions resulting from the Russian-Ukrainian crisis, the government would not be able to absorb the shocks.

“The chamber agrees that for the government to entirely absorb such unbudgeted fuel subsidy expenditure would be unreasonable and unsustainable.

“The chamber notes that by raising the prices of petrol, kerosene and diesel, the government is transferring 50% of what would have been the required subsidy to the consumer. The chamber is of the view that this is a reasonable compromise in the circumstances,” De Souza explained.

De Souza said the decision to leave subsidies in place for cooking gas will mitigate the rising cost of living, which would be inevitable in the face of rising fuel prices.

Removing taxes and duties on new and used hybrid motor vehicles, he added, will ultimately reduce fuel consumption by a billion liters a year and thus reduce fuel subsidy expenditure. on time.

De Souza urged the government to review subsidies and readjust fuel prices to previous levels once the Russian-Ukrainian conflict is over.

“This would be extremely important, as increases in the cost of living will reduce disposable income and vulnerable people in society will be exposed.

“So it would be important that we continue to be mindful of people in lower income categories who will find it harder to make ends meet in the tougher times ahead,” he said.

Finance Minister Colm Imbert told parliament on Friday that the 2022 budget was based on an oil price of $65 a barrel and a natural gas price of $3.75 per MMbtu.

He said in the first quarter, several global concerns pushed Brent oil prices to an average of US$97 per barrel in February and US$106 per barrel in March.

“On the other hand, the situation is not favorable on the expenditure side. One of the adverse effects of the current low levels of oil production and high oil prices is an increase in the fuel subsidy, which must be paid out of tax revenue.

The Confederation of Regional Chambers of Commerce said in a statement on Friday that fuel price increases would deal a “very negative deleterious blow” to citizens, businesses and other stakeholders.

He added that businesses were still operating at 35-40% capacity, amid other challenges such as rising shipping costs and currency shortages, and rising fuel prices will erode class. average and will create a cadre of poorer people.

“Such a development does not seem well thought out due to the impending aftermath of this appalling policy. Prices for transport, travel, goods, services and pharmaceuticals will rise astronomically, putting pressure especially on working class and single-income households.

He said the fuel adjustment was untimely as the business sector and by extension the country was still recovering from the pandemic which has significantly affected trade and employment at different levels.

Singh said: “The whole country is facing tumultuous times with the predicted increases in vehicle fuel prices across the board. Transportation is one of the drivers of inflation in any economy. We can expect to see higher costs for delivering goods in the immediate to short term.

“The traveling public will have to pay more to get to their destination, which of course will leave them with less disposable income and less savings potential for future endeavours.”

He said a rise in global energy prices would bring increased income to TT, but it also brought unaccounted inflation that the economy was unprepared for in the short term.

He explained that since profit margins were relatively low in supermarkets and markets, there was little room for upward price adjustments and mechanisms needed to be put in place for food inflation.

“This means that the whole society will face less expenditure, which will translate into less money for capital expenditure and investment projects to develop the country. We will be in survival mode as opposed to the expansionary model we should be engaging in to propel economic growth.

“It is clear that the government is in a precarious position when it comes to funding the country’s economic future. The chamber is of the view that we need to rely on net currency generators to support the economy,” Singh said.