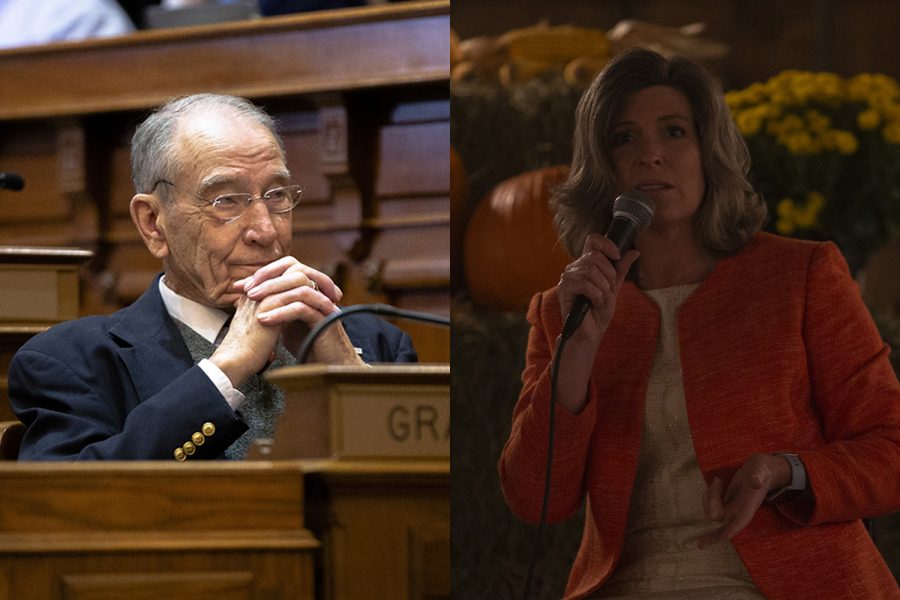 Ukrainian aid flows through both houses, with bipartisan support from Iowa congressional delegation

The $1.5 trillion spending bill, which includes nearly $14 billion for aid to Ukraine, is now heading to President Joe Biden’s desk.

The U.S. Senate on Thursday passed a spending bill that includes $13.6 billion in aid to Ukraine, with Iowa Republican Senators Chuck Grassley and Joni Ernst vote in favor of the bill.

The legislation passed the US House on Wednesday with support for the defense part of the expenditure of Republican Representatives Mariannette Miller-Meeks, Randy Feenstra, Ashley Hinson and Democrat Cindy Axne. Feenstra voted against the national part of the legislation. The bill is now heading to President Joe Biden’s office for his signature.

The expense billHR 2471, totals $1.5 trillion in appropriations and is an important piece of bipartisan legislation.

Following the House vote, Miller-Meeks released a statement praising the more than $40 billion increase in defense spending, reauthorizing the Violence Against Women Act and providing support for Ukraine.

“I was proud to see so many of my priorities in this bill, including community projects, laws and important policy provisions to help the American people,” Miller-Meeks said. “I have been able to work with district leaders to ensure that important programs and projects receive the funding they deserve and will continue to fight in Congress for the benefit of all Iowans.”

Miller-Meeks represents Iowa’s 2nd congressional district, which will receive millions of dollars in funding for the Corps of Engineers Construction Upper Mississippi River-Illinois WW System Project, the reconstruction of Iowa Highway 38, the city of Burlington for a sewer separation project, the City of Ottumwa for the Blake’s Branch Sewer Project, and Indian Hills Community College in Ottumwa, among other projects.

Grassley criticized Democrats for bundling Ukraine aid with other funding he deemed excessive. Grassley called for a stand-alone vote on aid to Ukraine, but that demand went unfulfilled.

“So we are in a no-win situation. While I support many provisions of the spending bill, I do not support its unnecessary price tag,” Grassley said in a prepared statement. “But at the end of the day, we cannot in good conscience turn our backs on the Ukrainian people as they face sustained and unprovoked attacks from a murderous Russian aggressor.”

Ernst and Grassley are also calling on Biden to transfer jets to Ukraine along with 40 other Republican senators who wrote a letter to the president.

“We implore you to act without delay to provide the urgently needed air power that will enhance the ability of Ukraine’s armed forces to defend their country and save civilian lives,” the letter said.