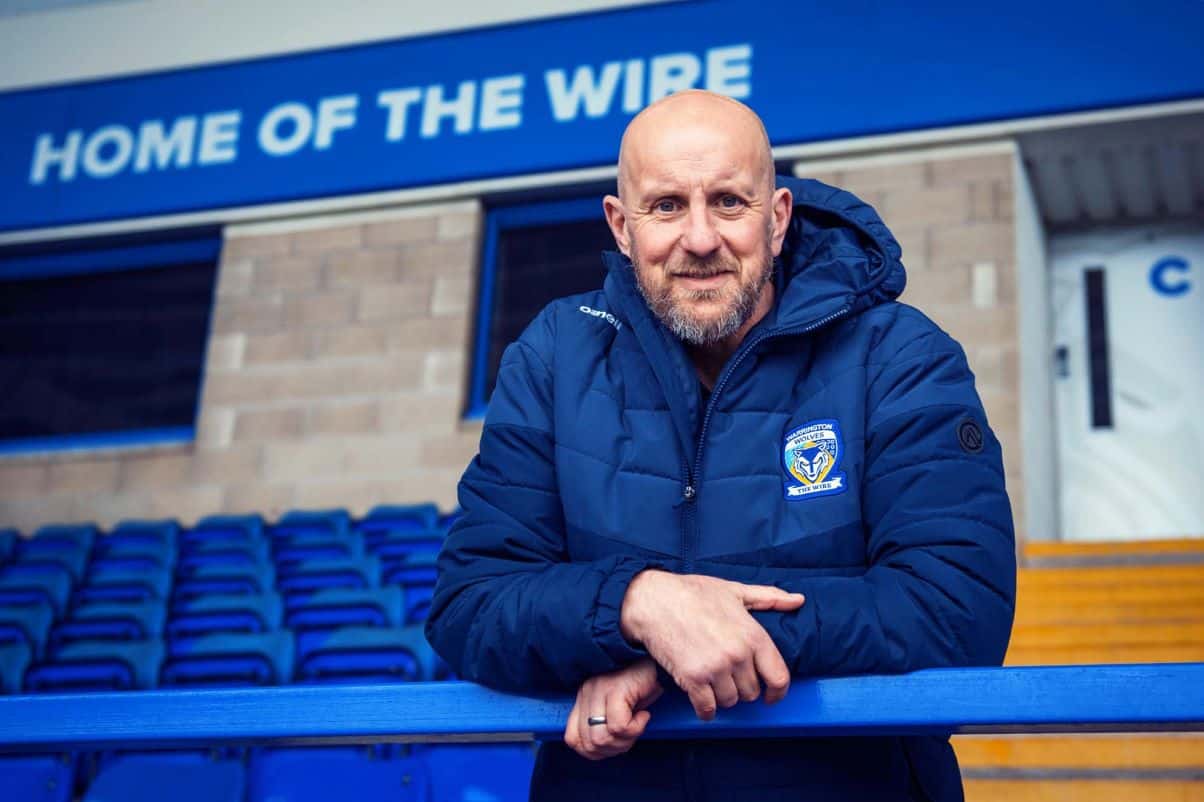 Whitehaven-born Chambers, now 52, ​​began his rugby league career with Kells until the Under-18s when he signed for Warrington.

He went on to make 210 appearances for the Wire between 1989 and 2000 and has been a key part of the coaching and youth development side ever since.

After retiring from playing, Gary took up coaching as an assistant to former head coach Daryl Van de Velde. Since then Chambers has gained many years of coaching experience, first under former first-team manager Paul Cullen, head of the club’s Academy and head coach of the U19s.

He was instrumental in developing many of the club’s homegrown first-team stars over the years; from Mike Cooper to more recently Josh Thewlis and Connor Wrench.

Over the past few years, he has also gained teaching experience, progressing to become assistant principal at a few schools in the North West.

Even then, he still maintained his links with the Wire’s youth teams as well as the international setup with England Youth and England Academy.

After being appointed to the club’s full-time youth officer role, he said: “It’s fantastic to be back at Warrington even though I feel like I never really left.

“Coming back to this environment is fantastic and I’m excited for what lies ahead.

“Ultimately I want to help young players progress to the first team, but it’s also about supporting parents and coaches in schools and our community clubs to get more kids playing football. I want to revive amateur clubs and develop mass participation.

“To come back and work with Rich [Marshall]Tyke [Tyrone McCarthy] and the team was another big reason to take the role. They are Warrington people who want the best for the club and I am delighted to be part of what they seek to contribute.

“We have real talent coming forward and there is a lot of good work going on to develop these young players who we can add even more value to.

“If we can get into the community clubs and offer advice, coaching and contribute in other areas, it will make the city what it should rightly be, which is an exceptional place to Rugby League.”

Warrington CEO Karl Fitzpatrick said: “We are absolutely delighted to have Gary on board full time with the club.

“The role of youth leader is more important than ever and will complement the outstanding youth development work already done by Richard Marshall and his team.

“Gary is very experienced, has invaluable connections to community clubs and schools and has a genuine passion for the club.

“Producing our own local talent is strategically important and Gary’s appointment will go a long way towards that.”

Current Kells manager Peter Smith said: “I am delighted to see Gary playing a full-time role at a club he has served so well over the years. I remember when he signed for Warrington with Chris Rudd after coming through our age group squads.

“He’s had a fine acting career and he’s a true gentleman who will do a great job for Warrington in this role.”